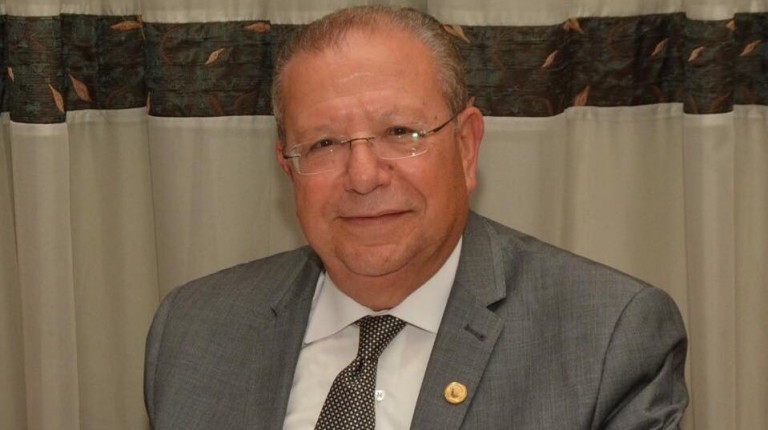 Prominent banking expert and board member of the Suez Canal Bank and the Arab Sudanese Bank, Mohamed Abdul Aal, said that Egypt is a big country with all the necessary ingredients for success, which allow it to compete with other countries that had previously achieved fair levels of growth and progress.

In an interview with Daily News Egypt, he said that Egypt’s main problem is its lack of production, as it imports 70% of its needs. Abdul Aal noted that the main point of weakness that faces any economic reform programme is the people’s lack of belief in its importance and their disbelief in the severity of the state’s situation.

He stressed that it is crucial that banks shift from playing a traditional role, in which they collect saving and lends companies, to play a more comprehensive role that covers all axes of the economic and financial reform programme.

How would you evaluate the current state of Egypt’s economy?

Egypt is a great country with the potential for success, but over the past few decades and for different reasons, it has not been able to achieve what other countries did, given that we began our development plans when they began theirs.

Your question reminds me of a book by James A. Belasco, entitled “Teaching the Elephant to Dance”. The author resembles countries that have not achieved growth to large cuffed elephants with their heavy bodies, hindering them from movement, being productive, or working to sustain and provide for their own needs.

The author says that even countries that have reached such crises can get up and advance, similarly to the elephant that can be taught how to dance.

Does this mean that the state of the Egyptian economy resembles an old elephant?

The answer would be yes, if we want a realistic approach to realise the size of the risks and dangers surrounding the economy.

We must not forget, however, that Egypt has the potential to succeed and eventually compete against other countries with high growth rates.

In your opinion, what are the main challenges facing the Egyptian economy?

We are a country with a population of 90 million people who live according to a consumerist lifestyle.

We do not produce the majority of what we consume, so we resort to importing 70% of our basic needs, some of which are even unnecessary needs. The gap in the trade balance reached $45bn.

At the same time, the country has been witnessing internal and external challenges, as well as threats and fears from terrorists. The result is a decline in foreign currency resources. This caused instability in the exchange rate, and foreign exchange reserves declined, reaching their lowest level in five years. They stood at $15.536bn by July. However, thanks to the Abu Dhabi Development Fund’s deposit in the Central Bank of Egypt (CBE) this month, the reserves increased.

Do you think there are attempts to fix the exchange rate?

The main problem does not lie in the exchange rate, but rather in the economic situation in general, and the imbalance in the national economy and indicators.

There is a huge deficit in the state’s general budget. The funding gap is 12.7% of the total gross domestic product (GDP). This is the result of the poor revenues of the state and the cost of subsidy allocations.

Inflation jumped to more than 14%, whereas unemployment rose to 13%. The volume of domestic debt reached 107% of the total GDP. Additionally, foreign debts increased to $54bn, but this is still considered a safe limit according to international standards.

In your opinion, what are the main points of weakness the economic situation resulted in?

The situation has led to a general weakness in the state’s economy. Most importantly, the poor monetary policy that failed to protect and support the Egyptian pound, resulting in its devaluation. This has encouraged dollarisation and the growth of the black market. Moreover, inflation has increased due to the new price increase and the value-added tax (VAT).

This also forced the state to borrow from the domestic market through debt instruments—bonds and bills—with high interest rates, surpassing 16.5% on treasury bills for 364 days.

The state also borrowed from international financing institutions, but I believe this is the kiss of life for the Egyptian economy.

How can we overcome these challenges?

We need an integrated strategy—an economic reform programme that is supported by the people’s belief in the necessity of sacrifices and the severity of the situation, as well as the burdens each individual must bear at this point. Egypt will never die. It may get sick or need surgery, but if we put our efforts and potential together for one goal or vision, we will be able to achieve anything.

Egypt’s decision to borrow from the International Monetary Fund (IMF) entails a set of reform procedures through a programme that aims to fix the structural imbalance in the national economy, like reducing subsidies, applying the VAT, and devaluating the Egyptian pound.

On the other hand, the loan will support the increase of foreign exchange resources until Egypt restores its primary sources of foreign exchange, like tourism, remittances from Egyptians working abroad, direct foreign investments, and exporting.

How can we overcome the foreign exchange crisis?

There are necessary procedures that need to be taken, like limiting importing unnecessary goods for three years, either through the increase of customs fees, taxes, or any measures.

We must also monitor the entry and exit of foreign exchange. Banks must not allow any currencies from unknown sources, and they should coordinate with countries who have large populations of Egyptians working there in order to transfer their savings through banks. They should also challenge currency traders in other countries, and apply a tax on the remittances of those who do not transfer their savings through banks.

I also believe that we must support tourism, and encourage foreign investors to take part in the management and ownership of Egypt’s touristic establishments, in order to ensure the continuation of the tourists visiting Egypt.

Are there guarantees for the success of the economic reform programme?

Let us resort to the recommendations of the economic expert Mohamed El-Erian. The most important thing he said was that the programme must be precise and suitable for the domestic situation. It must also focus on fixing the social challenges that may result from the programme, and protecting the population’s low-income classes.

How do you see the banks’ role in supporting the Egyptian economy?

The banks’ role must turn from a traditional one, where they collect savings and lend companies, to a more comprehensive role to cover all the axes of the economic and financial reform programme.

Banks, the CBE, and the economic ministries need to coordinate in order to set a plan of several phases that aims at reducing the interest rate to a fair level, achieving a balance between encouraging saving and investing.

Banks must also expand in financing the activities of micro-, small-, and medium-sized enterprises. These projects are considered the essence of moving the entire national economy.

Banks should ensure the success of the offering programmes that will be implemented by the Ministry of Investment, through which banks will purchase shares of the offered companies. Those can be sold to customers.

Regarding the implementation of the government’s economic and financial reform programme, banks should coordinate between the monetary and economic policies. The lack of coordination will result in the failure of the programme.

The reform programme also includes enhancing the business environment and encouraging exports, as well as supporting the industry. Banks play a great role in achieving these goals.

The programme also includes creating a social protection network that targets low-income classes, so banks must work on achieving financial inclusion of the largest number of citizens and servings them with special products.

CBE expected to increase interest rate by 1% on Thursday

China and Egypt boost ties due to West’s failures