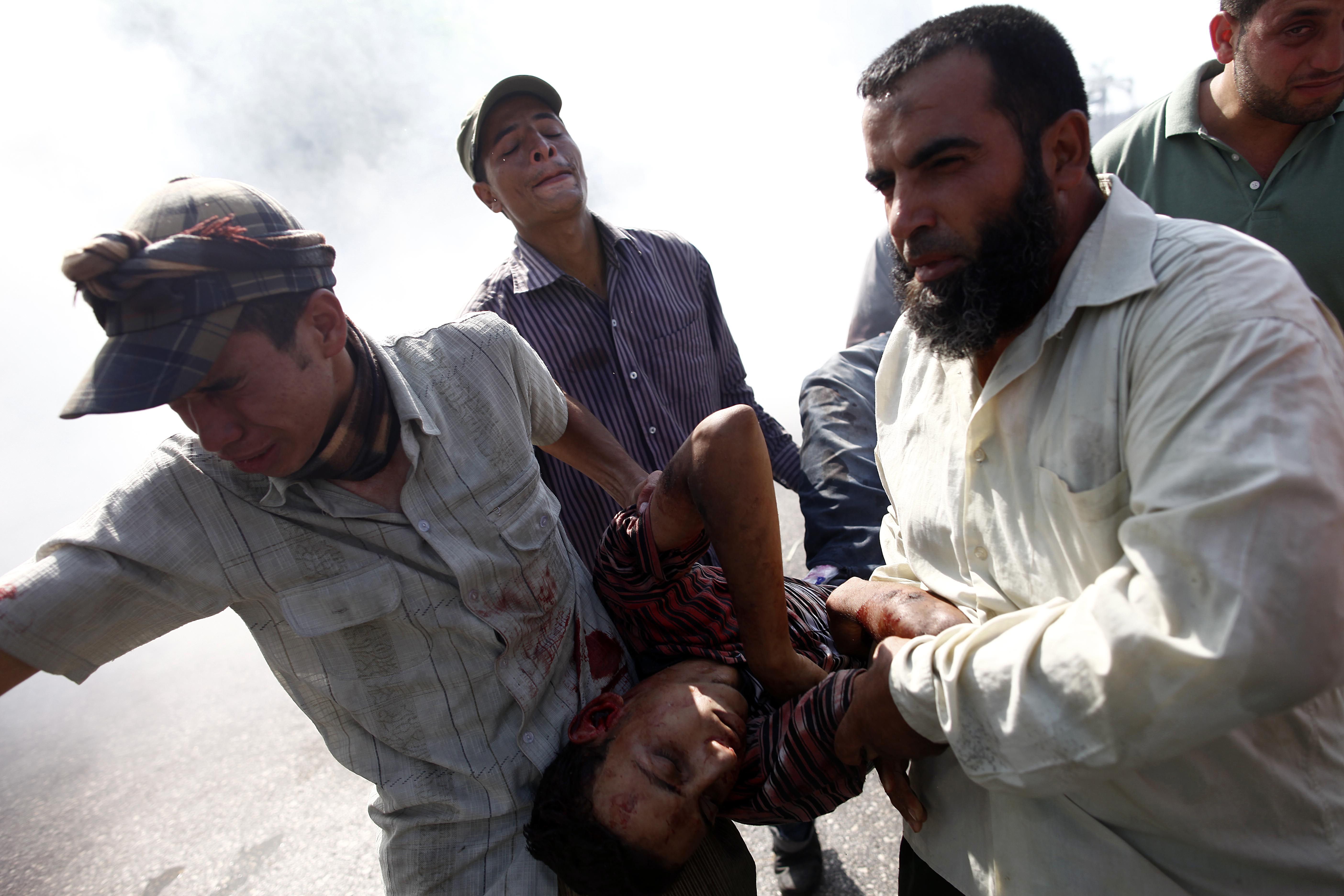 The Front to Defend Egypt’s Protesters announced it will not help detainees accused of taking part in the Republican Guards clashes, refusing to defend “those who take up arms.”

Ali Seliman, lawyer and Front member, said the decision was made during a meeting where the majority of the front members agreed they would not aid protesters who resorted to using arms against citizens.

Front members attended an investigation of the detainees, all from an Islamist background, on Tuesday, to find lawyers from the Muslim Brotherhood and Al-Jamaa Al-Islamiya also attending the investigation. The Islamist lawyers rejected the attendance of the Front members.

“They even assaulted them,” Seliman claimed. “They called them liberal and secular lawyers; letting them know that their presence was unwelcome.”

At least 646 were arrested on Tuesday for complicity in clashes outside the Republican Guards headquarter Monday dawn between army forces and pro-Morsi protesters which left 53 civilians and 4 security personnel killed.

440 detainees were released on Wednesday on an EGP 2000 bail each. The rest were further detained for 15 days.