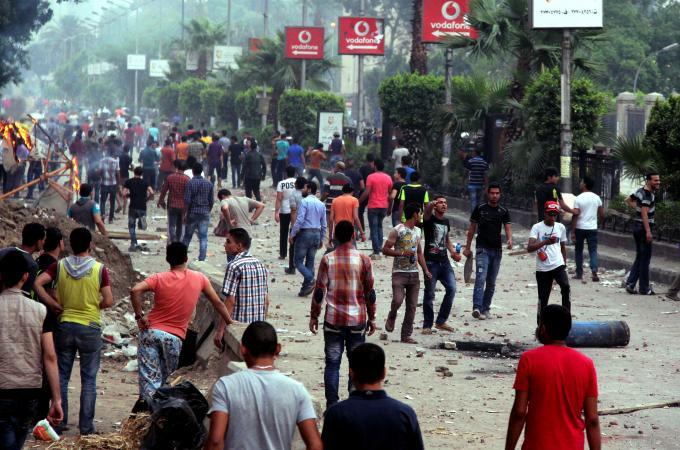 Human Rights Watch (HRW) called on Egypt’s new government to stop all rights abuses, and to grant freedom of expression to all Egyptians, in a report released on 4July.

HRW denounced Egyptian authorities for arresting Muslim Brotherhood members, and claimed that they must have the protected rights of all citizens.

The report also characterised the arrest of three main Brotherhood leaders, and filing an additional 300 warrant for Brotherhood members, as similar to the practices of former president Hosni Mubarak.

The organisation highlighted the role of interim president Adly Mansour, calling on him to prevent any further unjustified arrests and travel bans against Brotherhood leaders, and to allow them to associate in the current political course.

Joe Stork, deputy Middle East director at HRW stated that Egyptians were “conspicuously disadvantaged under Mohamed Morsi’s government,” and accused the interim government of human rights abuses; he cited the case of the Ministry of the Interior issuing a decree to suspend three Islamist TV stations including Misr 25, El- Nas, and El- Hafez, moments after the armed forces statement of ousting Morsi, were violating freedom of speech.

HRW criticised both the former Supreme Council of the Armed Forces (SCAF) regime as well as former president Morsi’s regime for not establishing a legal framework for political rights, stating that both governments failed to bolster human rights, including the freedom of association for nongovernmental political parties.

The organisation stated that the SCAF regime abused its power, citing a figure of 12,000 citizens who were tried by military courts, reports of bloggers being arrested for “insulting the military,” and reports of extreme force in breaking up protests.

HRW’s report claimed that Morsi failed to deter police abuses, which “incriminate” him for using the same practices used under Mubarak.

The report states that the Freedom and Justice Party proposed coercive laws on assembly and association, but also failed to prosecute increasing sectarian violence; fuelling conflicts between Muslims and Christians, and later the Shi’a minority.

Stork concluded that the new government should endorse Egyptians’ aspiration to end “dictatorship in any disguise,” and that achieving political stability depends on a political space in which citizens can enjoy a free exchange of information.