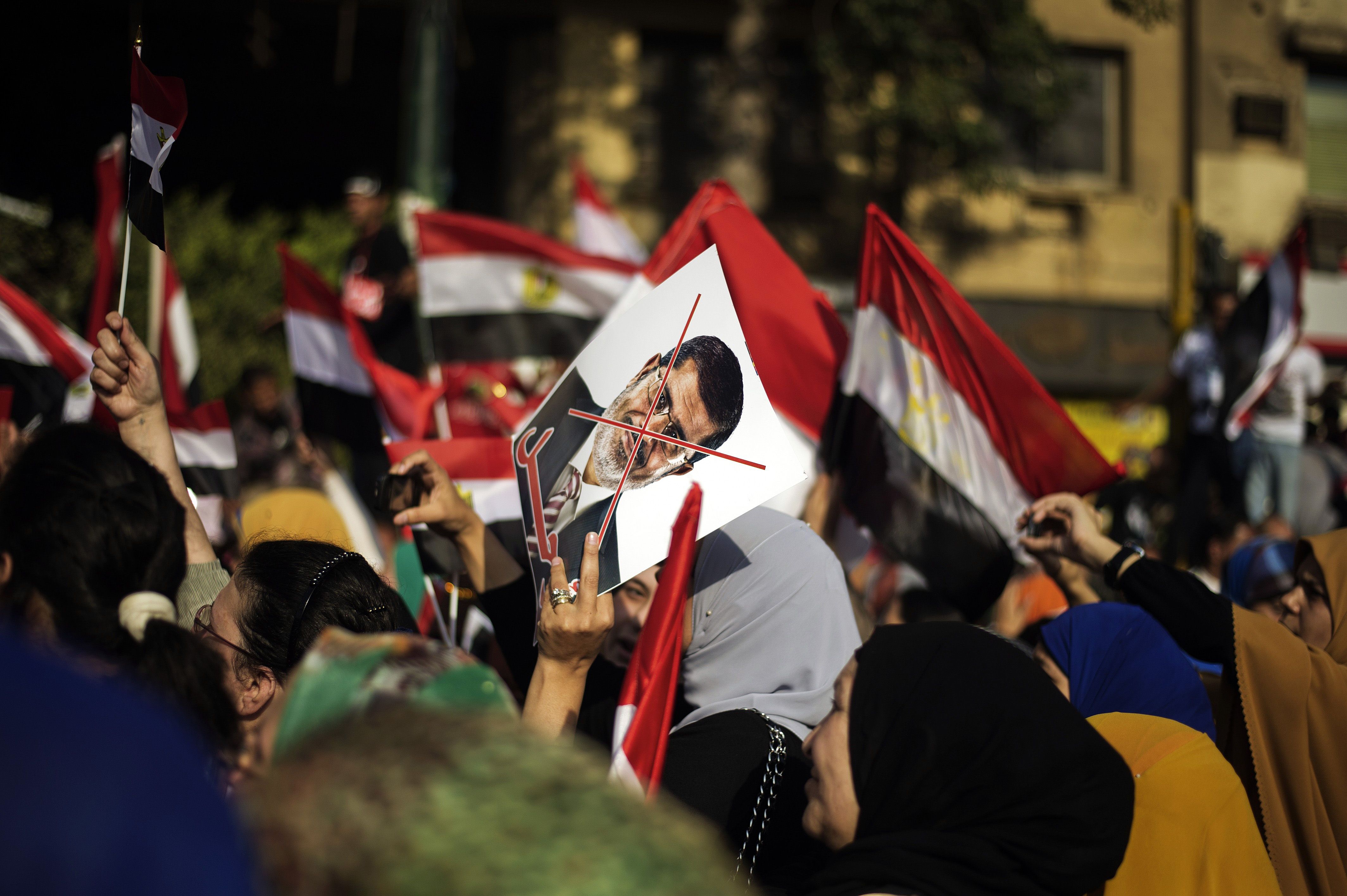 The Armed Forces will implement a roadmap for the country if the Presidency and his opposition cannot resolve their differences within 48 hours.

“The Armed Forces reiterates its call to meet the demands of the people and gives everyone 48 hours to shoulder the burden of the historic circumstances the country is currently facing. [The army] will not tolerate anyone doing less than what is necessary to meet their responsibilities,” read the statement.

Although the military called on all political forces to reconcile, it maintained its previous rhetoric that it would not become a political actor. “The Armed Forces will not be a party in politics or governance and [will not] leave its designated role,”  going on to say that it would not interfere with the will of the people.

However, the military said the national security of the country was “at risk.”

Last week Minister of Defence and Commander-in-Chief of the Armed Forces Abdul Fattah Al-Sisi said political parties had a week to overcome differences ahead of 30 June demonstrations. On Sunday the Armed Forces warned that “the loss of more time will only bring us more division.”

If the opposition and supporters of President Mohamed Morsi do not reach an agreement, the army said it would set up a “roadmap” to ensure that all political factions, including the youth, would participate in running the country, also noting that it would not force out any political group.

“The message is to the president because he previously said that no changes will be made to the timing of presidential elections,” said military expert Mohamed Qadry Saeed. “The message to him is that he has to reconsider the issue and come out with a clear position. The military is taking a decisive position and wants a clear response,” he added. “Things will become clear today, whether the presidency responds or not.”

Free Egyptians Party spokesperson Shehab Wageeh called the Armed Forces’ statement “reassuring”. Wageeh said that the statement showed the Armed Forces acknowledged that “the regime of President Mohamed Morsi is illegitimate due to its failure” to manage the state’s affairs.

Tamarod campaign spokesperson Mai Wahba said the army is “the pole that’s keeping the tent up.”

“The army’s first and foremost loyalty goes out to the Egyptian people,” Wahba said. “This isn’t the Muslim Brotherhood’s army.”

Ahmed Al-Hawary, Al-Dostour party member and 30 June Front member, said that the statement clarifies that the armed forces’ are leaning towards the peoples’ will.

“The army is obviously refusing to let the situation evolve into a civil war,” Al-Hawary said. “Already Islamist movements are attacking civilians with weapons.”

Al-Hawary stated that “nobody wants a military coup”, hoping that Morsi would “come to his senses” and succumb to the people’s demands and avoid “sacrificing the Egyptian people by sticking to his stubborn position.”

The 30 June Front, initially launched by Tamarod, offered a roadmap for the phase which follows the hypothetical removal of Morsi. The roadmap involves choosing a prime minister from the national figures to take over the presidential powers and form a cabinet of efficient ministers. The Front’s roadmap would also see the delegation of the Supreme Constitutional Court (SCC) chairman as president; his role would be honourary, however, as the executive power would fall to the prime minister. The state’s internal and external security would meanwhile be left to the National Defence Council. The transitional period outlined in the roadmap is due to expire within six months, to be followed by presidential elections held with full judicial monitoring.

Wahba ruled out the possibility that the roadmap promised by the armed forces would contradict their roadmap. She stated that the Armed Forces’ roadmap involves only the mechanism of removing Morsi from power, and not what follows his removal.

“There is no contradiction between us and the Armed Forces,” Wahba said. “The people and the army are one.”

Al-Hawary stated that thus far, the Armed Forces are holding onto their stance of refusing to intervene in political affairs. He added that when the people took to the streets calling for the overthrow of Morsi, they did so within the context of the roadmap offered by the group which had called for the protests, which is Tamarod. He added that the Armed Forces had stressed their respect the peoples’ demands, and that those demands include the Front’s roadmap.

Al-Hawary said that although the Front would be uncompromising concerning the people’s demands, there would likely be “some give and take.”

Saad Omara, leading figure in the Freedom and Justice Party (FJP), said he is yet to “examine the situation” before making any statements regarding the Armed Forces’ statement. FJP spokesperson Tarek Al-Morsi added that the party has not yet released a statement.

Both the presidency and the Brotherhood were scheduled to hold press conferences on Monday night following the announcement from the Armed Forces.