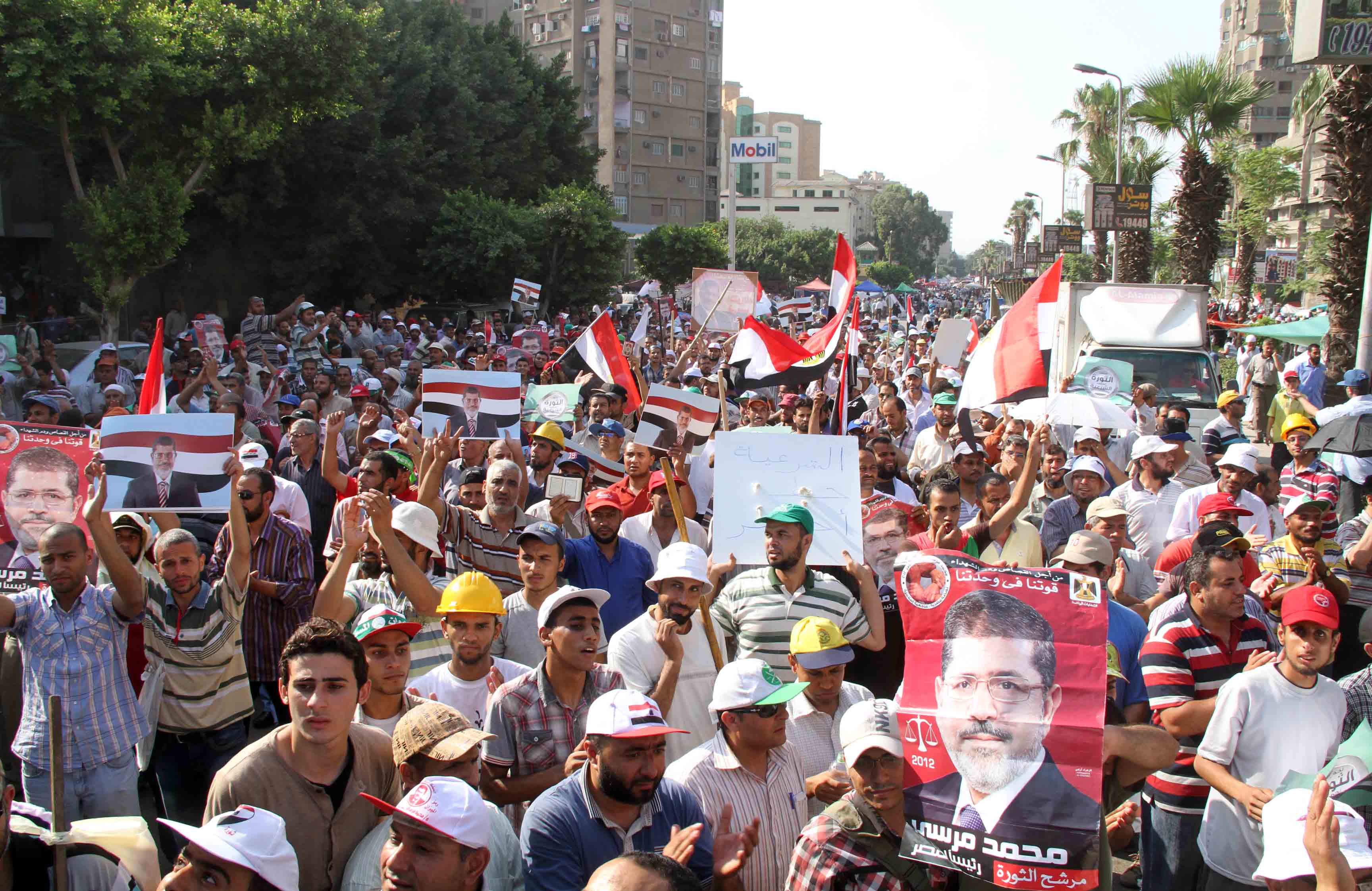 Al-Jamaa Al-Islamiya spokesperson Mohamed Hassan has denied that armed men arrested on the Cairo-Alexandria desert road on Sunday at noon are members of the party.

The Ministry of Interior announced the arrest of 18 men in possession of birdshot weapons, ammunition and bulletproof vests on its Facebook page.

The independent daily Al-Masry Al-Youm reported that the men belonged to Al-Jamaa Al-Islamiya, and that they were headed to the pro-Mohamed Morsi sit-in at Rabaa Al-Adaweya.

“The news is completely untrue,” Hassan said. “It was fabricated by Al-Masry Al-Youm.”

“It’s not the police’s responsibility to identify their political affiliation,” El-Menady said. “The prosecution can do that when they investigate the incident.”

Hassan stated that Al-Jamaa Al-Islamiya wishes that no violence be exercised, and added that the pro-Morsi demonstrators are peacefully protecting the president’s legitimacy, which the state institutions have a duty to protect.

“If the police and the army fail to do their job in protecting the president’s legitimacy … we will do so ourselves,” Hassan said, refusing to clarify whether his statement implies Al-Jamaa Al-Islamiya is ready to use violence, stating “we will not allow the overthrow of the democratically elected president by any means.”

Protesters calling for the overthrow of President Mohamed Morsi are camped outside the presidential palace in Heliopolis and in Tahrir Square Downtown, while pro-Morsi demonstrators are participating in sit-ins around the Rabaa Al-Adaweya Mosque in Nasr city.