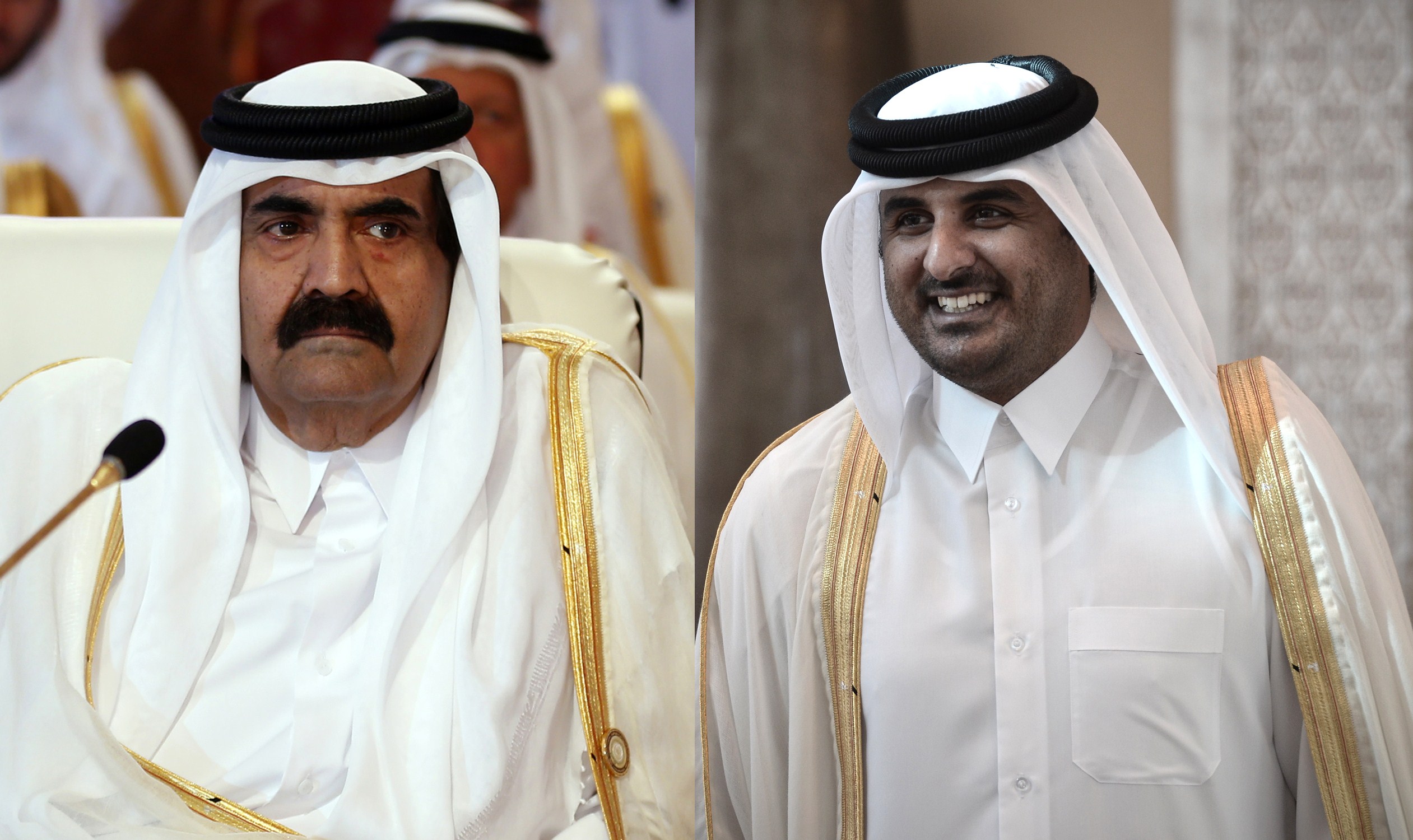 (AFP) – Qatar’s Sheikh Tamim bin Hamad al-Thani, who on Monday was tapped for power by his father at the age of just 33, has been groomed for years to take the helm of the super-rich Gulf state and key Western ally.

Since his appointment as heir apparent a decade ago, Sheikh Tamim has held top security and economic posts, as well as overseeing Qatar’s ambitious plans to use sports to raise its international profile.

As National Olympic Committee chairman, the prince, who is himself a keen player of both tennis and football, supervised Qatar’s successful bid to bring the 2022 FIFA World Cup to the desert nation of just 250,000 citizens.

The British-educated prince is also chairman of the board of Qatar Investment Authority, the emirate’s sovereign wealth fund, which has invested billions of dollars in some of Britain’s best-known landmarks and businesses.

The sports-mad prince also oversaw the purchase of leading French football club Paris Saint-Germain, and the QIA has investments in other Western capitals.

Sheikh Tamim was not the first choice to take over the top job from emir Sheikh Hamad bin Khalifa al-Thani.

Sheikh Hamad’s fourth son, the prince only became heir apparent in August 2003 on the abdication of his brother Jassem, one year his senior.

Sheikh Tamim’s mother is the powerful Sheikha Moza, Sheikh Hamad’s glamorous second wife who has played a prominent public role as an advocate for social and educational causes.

But the prince was groomed for power from childhood, being educated at prestigious British private school Sherborne before following in his father’s footsteps to the Royal Military Academy at Sandhurst, from which he graduated in 1998.

Sheikh Tamim was already deputy commander of the armed forces as well as deputy emir before Monday’s announcement that his father was set to tell the nation that he was passing the baton.

“Tamim already has responsibilities for sensitive foreign portfolios among other matters,” Partrick said.

A diplomatic source said that Sheikh Tamim has “a strong personality and was able to establish himself within the ruling family, although he wasn’t the first choice.

“He has excellent relations with the West, particularly the United States and France,” the source told AFP.

At the same time, Sheikh Tamim maintains good relations with neighbouring Saudi Arabia and has played a major role in improving relations with the regional powerhouse, which had been strained since 2007.

Under Sheikh Hamad, Qatar played a role in Middle East affairs massively out of proportion to its size, becoming a major backer of the Arab Spring uprisings in both Libya and Syria.

Just last weekend, the Qatari capital hosted a meeting of the Friends of Syria group of Arab and Western governments that back the opposition at which they agreed to boost support to the rebels.

It is a diplomatic role that Sheikh Tamim has been well trained over the past decade to continue.

The young prince also has a keen interest in history and heritage. He oversaw the restoration of Souq Waqef, a working class market in Doha which has turned into one of the Qatari capital’s main tourist attractions.

The couple have four children.

The prince also has two children by his second wife Al-Anud Al-Hajri, daughter of a prominent Qatari family.

Muslim tradition allows men to take up to four wives.