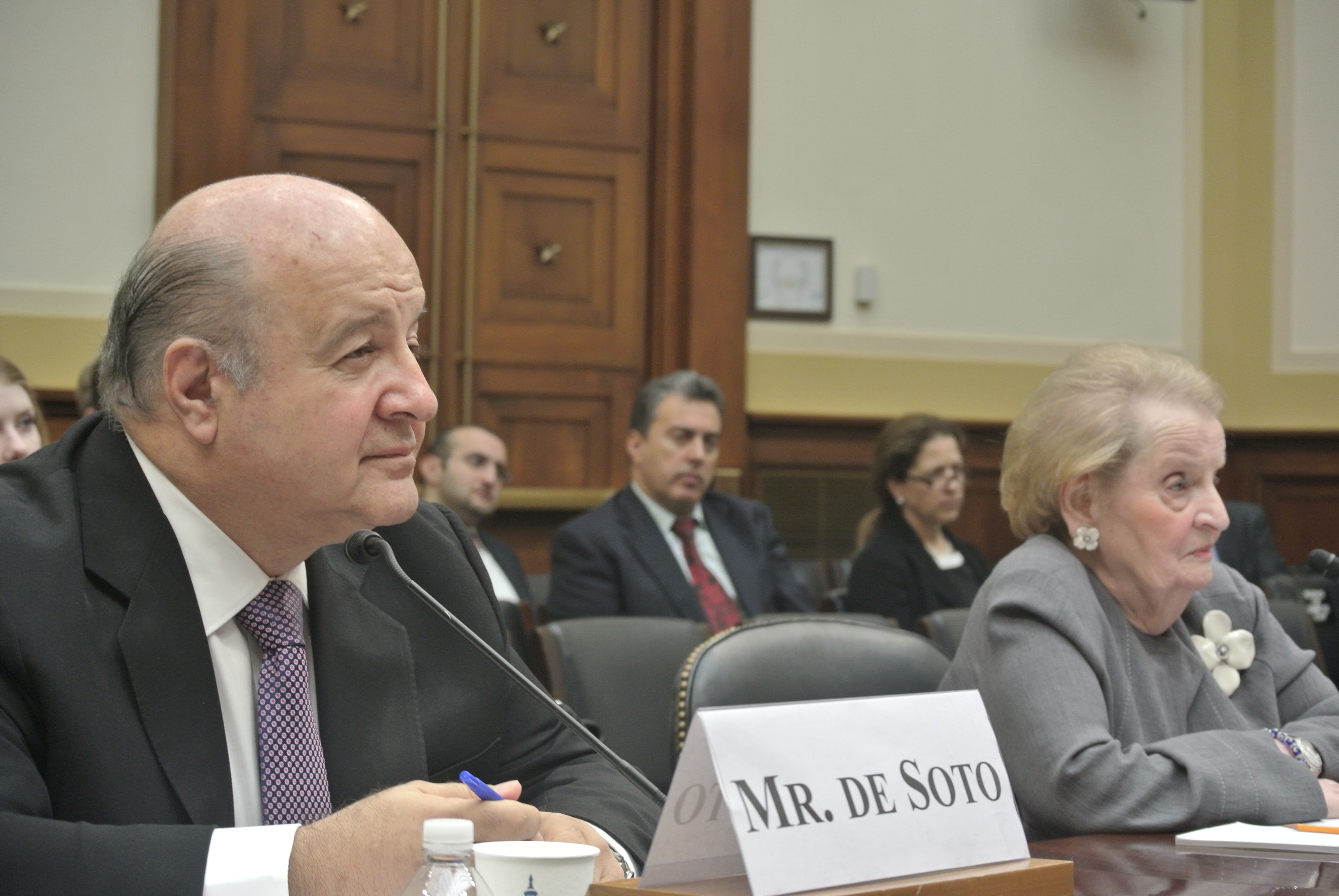 The Board of Barclays bank approved in December 2015 an expansion plan for the Egyptian market in the coming years. This plan is being implemented without change, despite the announcement of the bank being offered up for sale, according to the finance director at the bank and executive board member, Mohamed Sherif.

Barclays Group announced at the beginning of March 2016 its intention to exit from the Egyptian market and a number of African and European countries.

According to Sherif, the executive administration of Barclays Bank Egypt is continuing its activity in implementing the bank’s plan which was set at the end of last year, regardless of whether the bank will be sold or not.

Sherif said in his interview to Daily News Egypt that the plan includes five pillars, the most important of which is the expansion in lending huge projects, financing small- and medium-sized enterprises (SMEs), redistributing its branches geographically, and providing innovative banking services that help achieve financial inclusion.

Sherif revealed that the bank has reduced its portfolio for investing in the government’s treasury bonds and bills by about EGP 1.5bn, and has redirected this liquidity to expand in lending to customers, which is the main business of the bank.

Barclays Bank Group announced its intention to sell Barclays Egypt in March. What is the impact of this decision on the bank’s activity in the Egyptian market?

In October 2015, the administration of the parent bank set the working strategy of the bank in Egypt for the coming years. This plan was adopted in December 2015, and is currently being implemented precisely and without any change, regardless of the group’s decision about selling the bank.

Here, I want to explain that we, as the executive administration of Barclays Bank Egypt, are continuing to work and deliver our services to our customers, as well as implementing the agreed upon strategy that we are committed to in front of the board of the parent group. We have nothing to do with the decision of selling the bank.

What are the details of the plan for the bank’s work in Egypt in the coming years?

The plan includes five pillars for the bank’s work in Egypt, which are expanding in lending to huge and multinational companies that operate in various economic activities, in addition to expanding in financing SMEs.

The bank’s plan also includes redistributing the branches geographically in accordance with the bank’s goal to reach certain segments of customers in certain places, as well as expanding in offering banking products that achieve financial inclusion, in addition to focusing on innovation, in which we see the future of the bank.

What is the size of the bank’s loans portfolio at present?

The volume of the loans portfolio amounted to about EGP 7.7bn as of the end of March, an increase of about 10% from the first quarter of 2015.

The bank has reduced its investments in the government’s treasury bills and bonds by about EGP 1.5bn during the last period. These investments registered approximately EGP 8.3bn in March. This liquidity has been directed to expanding in lending to customers, which is the real business of the bank.

But what is the real goal behind this move?

As I mentioned, the real activity of the bank is lending to customers working in various economic activities to push economic growth forward. This does not contradict with the bank’s role of supporting the government in bridging the state’s general budget deficit by participating in covering the auctions of treasury bills and bonds which the government offers periodically.

However, at the present time we see that we need to direct our investments to serving productive sectors and contributing to moving the economy. Egypt is a big country and its economy needs a lot of work, especially with regard to supporting and developing SMEs.

Mentioning SMEs, what is the size of the financing granted to them by the bank?

We have been financing these enterprises since 2014. The size of the loans portfolio directed to them until now is about EGP 1bn, which is 12% of the total loans portfolio of the bank.

We are targeting to increase the size of financing granted to these enterprises to 20% of the bank’s total loans portfolio within four years, in line with the initiative launched by the Central Bank of Egypt (CBE) in January to finance and support these enterprises.

Here, I would like to mention that we are focusing on financing small- and medium-sized industries that produce supplementary goods serving huge industries.

With regards to financing huge companies, do you focus on a certain field?

We study all the financing opportunities presented to us to finance huge and multinational companies that operate in any sectors serving the economy. We focus particularly on service projects, energy projects, and communications.

With regards to retail banking activity, do you focus on specific services?

We offer most services associated with individuals, especially services related to payrolls and employee cards.

As I said previously, the bank’s working strategy focuses on all the services that lead to achieving financial inclusion, which is a key target for the state and the bank as well in the present time. This enables us to spread out and reach as many citizens as possible.

What is your plan for the bank’s geographical spread?

The bank currently has 56 large branches, distributed in a large number of areas. We conducted a plan to redistribute these branches in accordance with the bank’s working strategy and the places in which it is aiming to have presence.

Do you seek to open small branches to benefit from the CBE’s initiative to increase the number of these branches?

Definitely, we are seriously thinking about opening smaller branches. However, this issue is not at the top of our priorities, at least for 2016. As I said, we are focusing now on redistributing the already existing branches and renovating some of them.

Although we opened two branches in two shopping malls in 2015, we do not consider them small branches.

You said the bank is aiming to deliver its services to the largest possible number of customers. How this can be achieved if smaller branches are not opened now and there is no breakthrough to new areas such as Upper Egypt?

The idea of reaching customers through branches is a traditional way of thinking, and we, as I mentioned earlier, are putting supporting innovation at the top of our priorities in the next period.

Through innovation, we can reach customers everywhere, and we have services through which we can achieve that easily. It is clear that the use of the internet and mobile phones has become widespread in Egypt, making it easier for banks to reach customers anywhere and in a faster way than opening branches.

Talking about innovation, you recently signed a cooperation agreement with Flat6Labs company with the aim of supporting innovation in the field of financial technology. What is the aim of conducting such an agreement?

As I said earlier, the bank believes that innovation is its future; we focus on reaching the highest levels of innovation, or innovating out of the box. It is known that Barclays is a leading bank in this field.

Innovation is very important for the banking sector as a whole, in the quality of delivery of services to customers and in reaching them everywhere they are, which achieves the goal of the state to achieve financial inclusion.

We signed this agreement with Flat6Labs owing the innovative capabilities we have seen recently in a wide sector of innovators, start-ups, and entrepreneurs in the field of financial technology in Egypt.

Through the programme we launched to serve these innovators, we are seeking to present a new shape for the future of financial services in Egypt. We are even aspiring to make those who have these outstanding ideas and innovative visions for them reach the global banking market.

We believe in the importance of renewing ourselves continuously and we challenge ourselves in this area. Moreover, it is very important for the owners of the bank as it reduces the cost of banking services compared to conventional methods.

What are the major indicators of the bank’s performance during the last period?

Barclays Egypt achieved a profit of EGP 163m during the first quarter of this year, which came to an end at the end of March 2016, an increase of 12% from the profits achieved during the same quarter in 2015. This comes despite the economic challenges Egypt is going through, with the devaluation of the pound against the foreign currencies, especially the dollar, in addition to the shortage of foreign currencies in the market.

Furthermore, the average return on capital in the bank rose by approximately 3%; the rate of return on assets amounted to about 3.1%; the capital adequacy ratio in the bank amounted to 26%. All of these are indicators asserting that the bank is going in the right direction.

In addition, the volume of deposits at the bank increased by about EGP 1.7bn, registering approximately EGP 18bn at the end of March.

How has the shortage of foreign currency reserves affected the bank’s activity?

The impact of this crisis is that banks lost investment opportunities that need financing in foreign exchange, and these investments could have achieved good profits. That is due to the shortage of liquidity in foreign currencies that enable banks to benefit from these opportunities.

What is the bank’s role in alleviating the US dollar crisis in the Egyptian market?

Before I talk about the efforts we made to contribute to alleviating this crisis, I must mention that, considering the circumstances that Egypt is going through, the administration of the parent group in England decided to distribute profits in Egypt this year in Egyptian pounds, rather than in US dollars as usual. This is part of the support provided by the parent administration to the bank in Egypt.