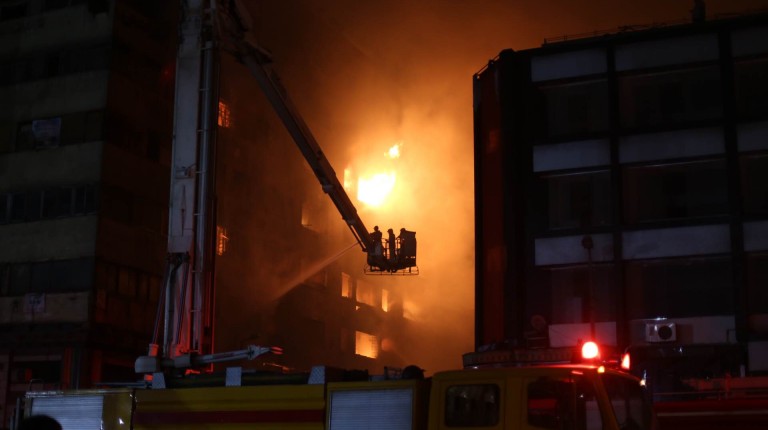 The number of people injured in a fire that broke out in Attaba rose from 45 to 74, according to Egyptian Ambulance Authority.

The fire started last night in a hotel located in the local market of Attaba. The flames spread to other buildings nearby, causing further damage and injuries.

Attaba is a hub for dozens of street vendors in Egypt. Civil Security Officer Gamal Halawa told a local newspaper the fire damaged the stalls of 40 street vendors.

Several people who are suffering from smoke inhalation received medical supervision at nearby hospitals while 21 others received immediate treatment in ambulances at the location, according to an official statement from the Health Ministry.

Security forces remained at the location as fire fighters worked to extinguish the blaze. Afterwards, criminal lab investigators are expected to outline the cause of the fire and estimate the losses.

In Pictures: Fire breaks out at popular market in central Cairo, Al-Attaba