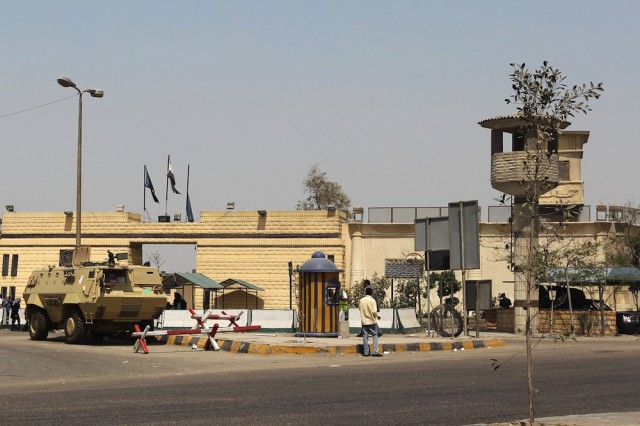 The Prosecutor General has ordered “observations made in certain prisons… to be quickly rectified” after a surprise inspection found that conditions in some of Egypt’s prisons are inadequate.

Chief prosecutor Hisham Barakat ordered “unannounced inspections on prisons all over Egypt” in order to “safeguard the legal and constitutional rights of all citizens”, according to a Thursday statement from the prosecution.

Teams from the prosecution carried out inspections on 28 June at five different prisons: Kanater Prison, a high-security prison in Minya, Damanhour General Prison, the “Al-Hadra” Prison in Alexandria, and Mansoura General Prison.

The teams “checked on the status of inmates in the prisons, and surveyed the prison documents and the documents pertaining to the implementation of judicial verdicts”, said the prosecution.

The prosecution discovered that there are issues of overcrowding in prisons in Mansoura and Alexandria and “it was also noted that there were no toilets in the men’s cells in the Mansoura general prison”.

In the Damanhour General Prison the inspection team reported that “there were no beds in the cells, limited ventilation and water available, limited time available for exercise, and no properly equipped dining hall”.

In light of these surprise inspections, which are set to continue, Barakat ordered for steps to be taken to address the issues revealed by the inspection.

Earlier this week an interior ministry official was quoted saying that Egypt’s prisons have become “more like hotels”.

The conditions in Egypt’s prisons have been a point of much concern for both domestic and international rights groups.

In May Amnesty International, along with the Egyptian Initiative for Personal Rights and the Nadeem Center for the Rehabilitation of Violence and Torture, called for an end to enforced disappearances at Al-Azouly Prison in Ismailia. Rights groups have raised accusations of torture occurring in several prisons around the country.