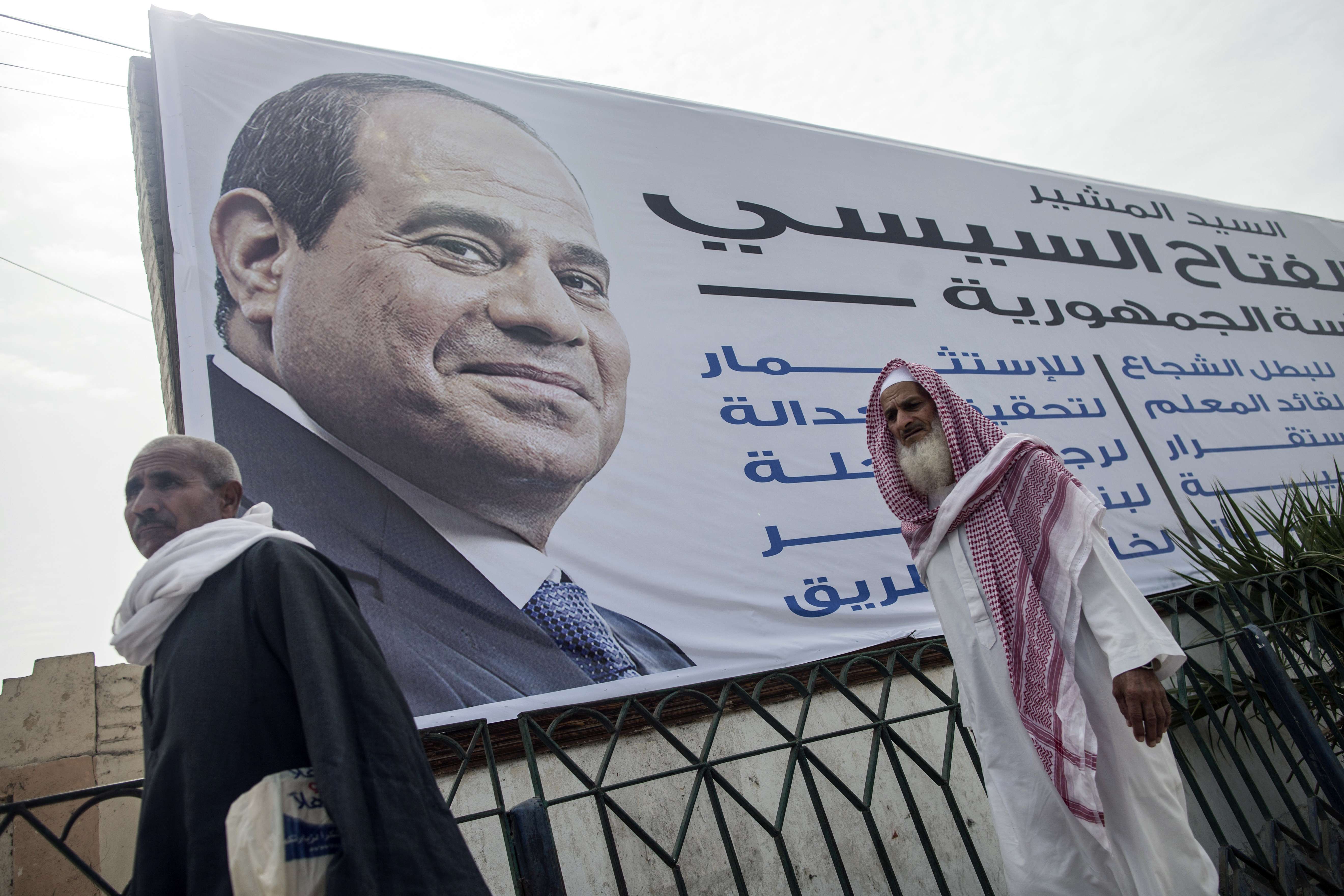 Results of the expatriate vote showed Former Defense Minister Abdel Fattah Al-Sisi winning with a huge margin of 94.5% over 5.5% for his Nasserist opponent Hamdeen Sabahy, the Supreme Electoral Commission (SEC) announced in a press conference on Wednesday.

Sabahy had stressed in a televised interview on Tuesday night that the expatriate votes are not the final results for the elections, and that the next president remains “unknown”. The presidential candidate added that his campaign had spotted a number of violations in some of the embassies abroad and had reported them to the SEC.

Minutes before the SEC announced the final expatriate results, the “pro-democracy” Anti-Coup Alliance released a statement, congratulating Egyptians abroad on boycotting the elections. The alliance claimed that only 4% of eligible expatriate voters had cast their vote, compared to 44% in the 2012 elections that brought ousted President Mohamed Morsi to power.

The statement accused what they called the “coup authorities” of having resorted to “old and naive tricks and manoeuvres” to forge the elections results, and listed some of them. The alliance added called on voters inside Egypt to boycott the elections as well.

Expatriate Egyptians were scheduled to vote from 15 to 18 May, but the SEC pushed the voting abroad process back an extra 24 hours on Saturday due to the high voters’ turnout in embassies and consulates. The voting period accordingly ended on Monday at 9pm.

Foreign Ministry Spokesman Badr Abdelatty previously said that more than 315,000 Egyptian expatriates which is more than the first round in 2012 elections that reached 311,875. Egyptians had cast their votes in 141 oversees polling stations in 124 countries.

In another elections update, the Ibn Khaldun Center for Development Studies criticised in a Wednesday statement preregistration procedures for those voters inside Egypt changing ballot station locations. The centre predicted that this procedure would negatively affect voting rates.

Dalia Ziada, the centre’s executive director, said: “We predict at least a 20% drop in voting rates if this problem is not resolved, but we are still discussing a resolution with the SEC.”

Ziada also mentioned that voters were “surprised” that they had to register in advance at the nearest notary public office their registered place of residence in order to change their polling station. The centre suggested that the SEC either allow “direct registration” at polling stations, or allow an online registration form on the SEC official website.

The SEC announced on its website that such changes to voters’ registered polling stations had been open to registration from 26 April until 10 May.

The Administrative Prosecutors Club received on Wednesday the final list of more than 3,000 judges distributed at more than 200 general polling branches and 2,716 subsidiary polling branches that will be monitoring the elections, state-run Al-Ahram reported.