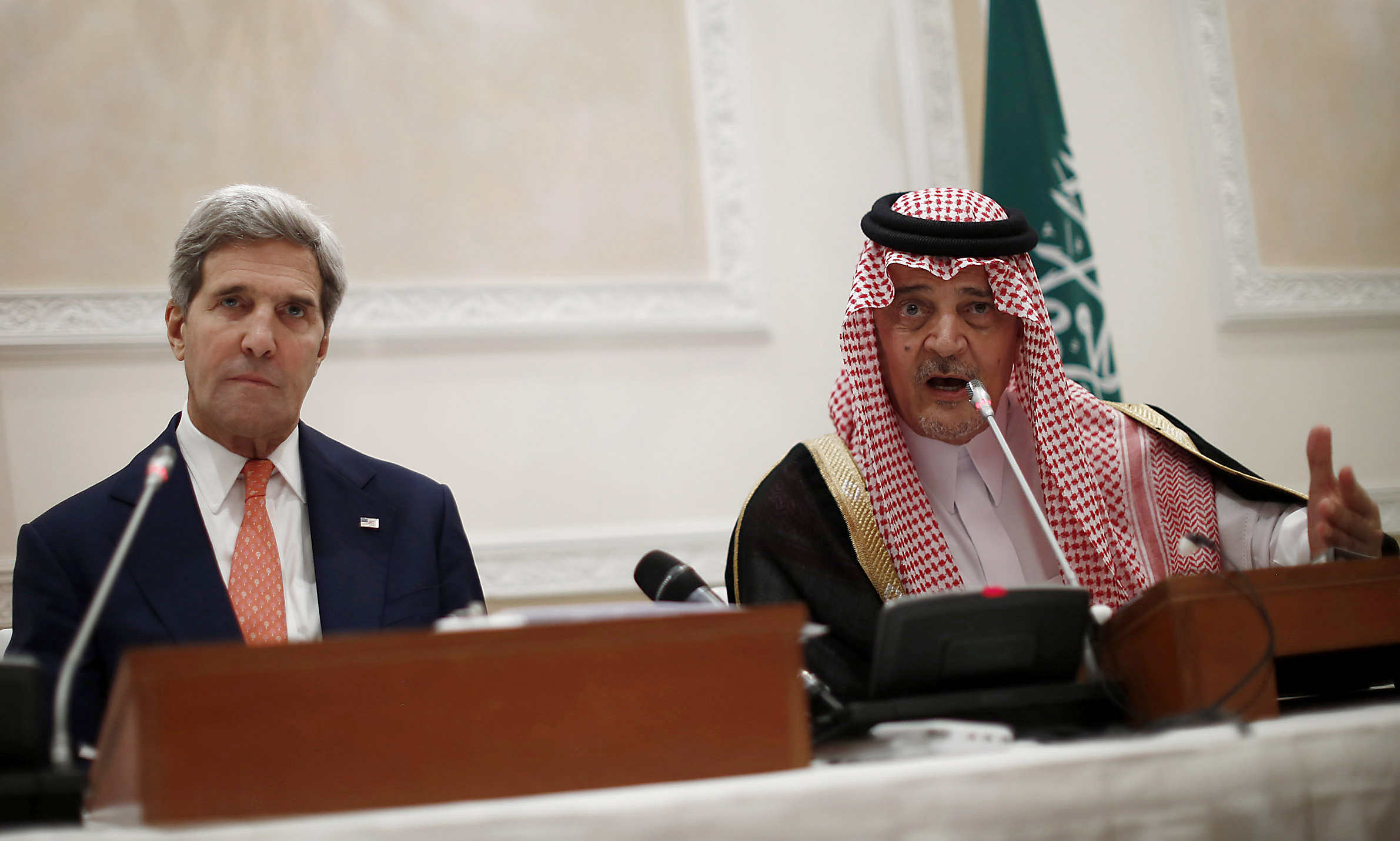 The United States Secretary of State and Saudi Minister of Foreign Affairs were speaking after their meeting in Riyadh, during which they discussed regional and international issues including the Syrian conflict, the Middle East peace process, Egypt, Iran, Lebanon and Yemen. The pair also addressed media reports indicating deterioration in relations between their two countries.

Kerry reiterated the US’ commitment to assisting Egypt “as it moves forward with its democratic transition.” Kerry said: “The Egyptian people desperately need economic transformation, and we have agreed, with our friends in Saudi Arabia and with others, to work as hard as we can to effect this economic transformation.”

Kerry encouraged Egypt’s interim government to make “credible progress on [the] political roadmap as set forth,” as he did on his fleeting visit to Cairo on Sunday.

During his joint press conference with Minister of Foreign Affairs on Sunday Kerry was optimistic about Egypt’s progress, stressing that the decision by the US administration to cut some assistance programmes to Egypt was “not a punishment.” Kerry was also asked to address a comment made in Pakistan in July in which he said that Egypt’s generals were restoring democracy. On Sunday he said: “Thus far, there are indications that that is what they are intending to do. The roadmap is being carried out to the best of our perception.”

Amr Darrag, a senior leader of the Anti-Coup Alliance, said he was “not surprised” at Kerry’s remarks, according to a statement published by the alliance. Darrag said: “These comments prove that nothing is new in the U.S. position. This has been the American administration’s stance since the beginning of the coup.” He stressed the alliance is “not counting on foreign support in anything concerning the internal affairs of Egypt.” He added: “The Egyptian people will determine their own destiny and defend their own popular will.”

Kerry and Al-Faisal also dismissed reports that the US-Saudi relationship is deteriorating. Al-Faisal said that while there is disagreement on some issues, there is agreement on others and stressed that this is “perfectly normal in any serious relationship that spans a wide range of issues.” Kerry also affirmed “this is a deep relationship and it has endured now for more than 70 years and it will endure well into the future.”