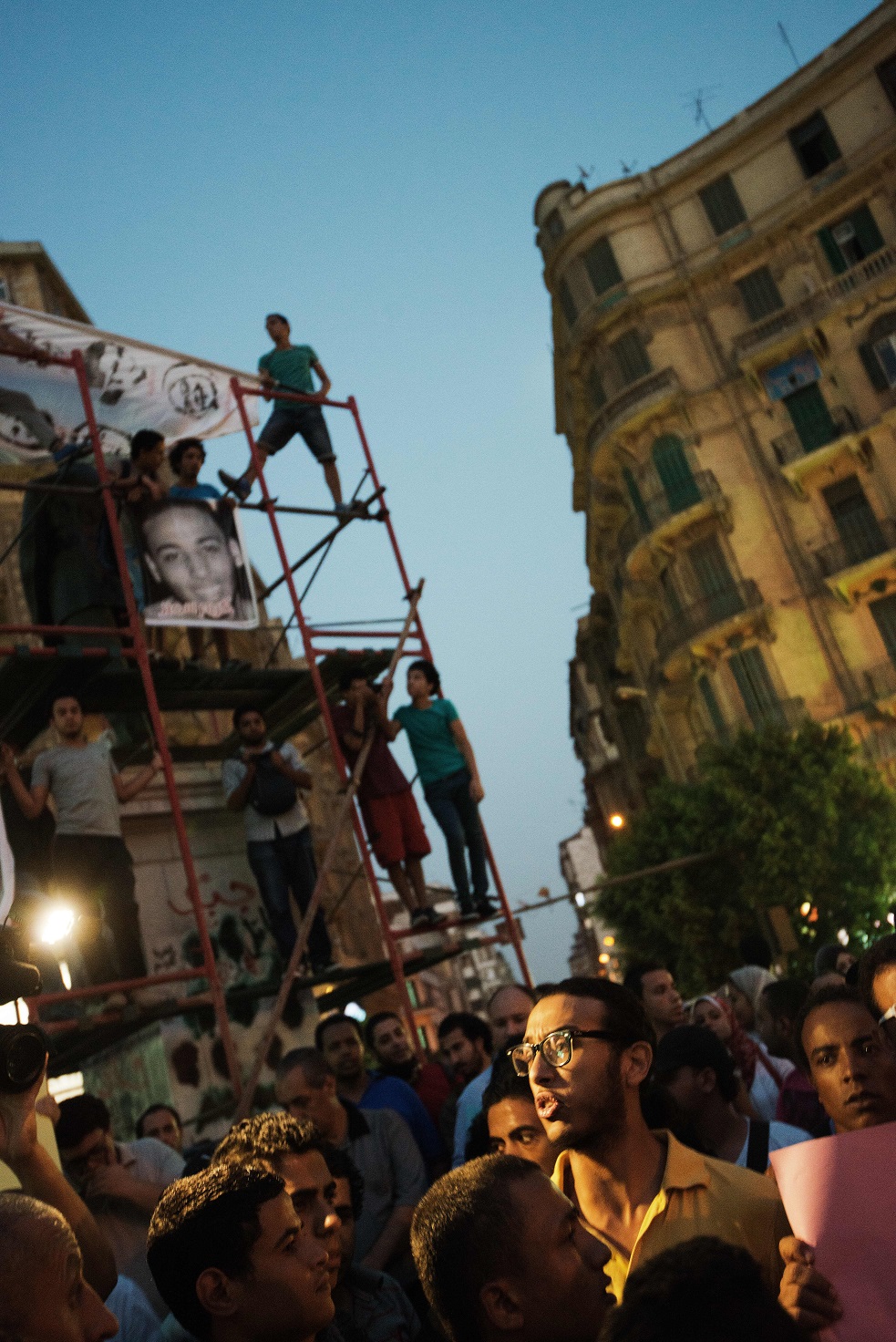 The 6 April Youth Movement, along with the Revolutionary Socialists and the Free Egypt Party, marched on Talaat Harb Square on Monday evening to protest recent government actions taken in Egypt.

According to 6 April member Nada El-Hariry, around 250 to 300 protestors gathered to protest against the emergency law, military trial for civilians, arbitrary arrests and the Muslim Brotherhood.

6 April director of information, Khaled El-Masry, said in a Sunday press statement that the emergency law implemented under former president Hosni Mubarak did not act as a deterrent to terrorism, and will not improve security now.

The peaceful protest was disrupted when passersby mistook the protestors for supporters of the Anti-Coup Alliance.  People chanting slogans in support of Minister of Defence Abdel Fattah Al-Sisi came between the demonstrators and began shoving them and yelling insults, said El-Hariry.

When one of the Al-Sisi supporters began throwing rocks, the protestors decided to dissipate to avoid further violence, said El-Hariry.  There were no injuries or arrests reported and security forces were not involved.

The state of emergency was extended for another two months on Thursday after it was put in place on 14 August, the same day pro-Mohamed Morsi sit-ins at Rabaa Al-Adaweya and Al-Nahda Square were violently dispersed.

Article 27 of the 8 July constitutional declaration stipulates that a state of emergency cannot be declared for more than three months before being put to a public referendum.