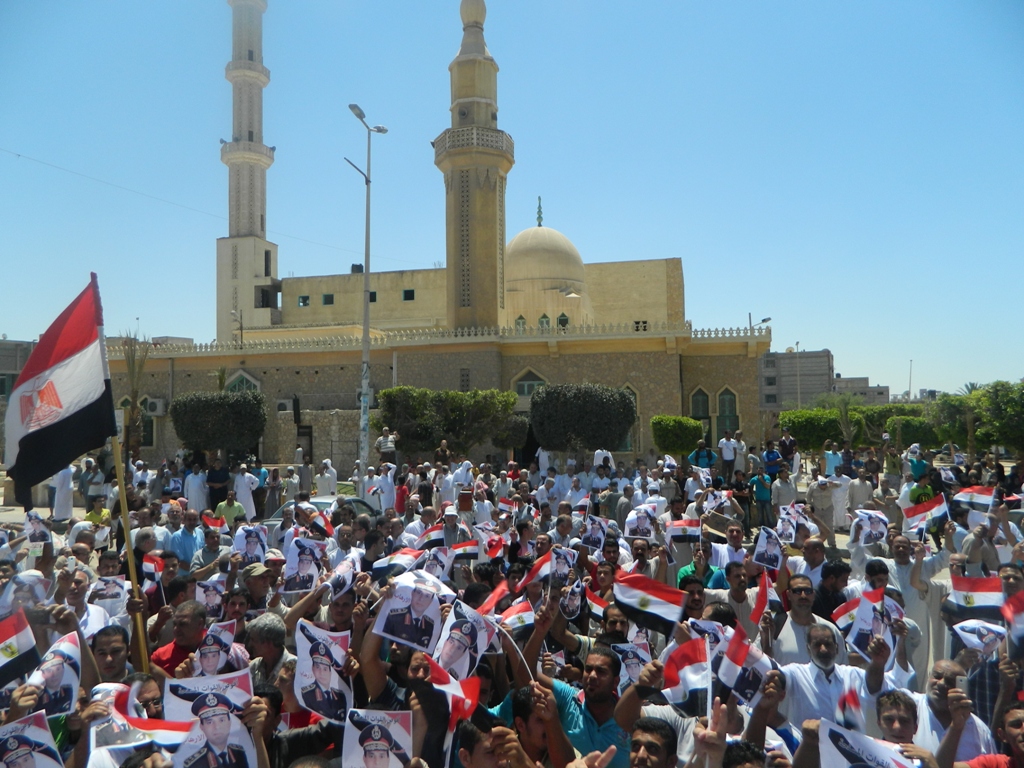 Hundreds of protesters took to the streets of Sinai on Friday either to support Minister of Defence General Abdul Fatah Al-Sisi’s call for protests against terrorism or to reject it.

“The numbers aren’t big due to the hot weather, more people are expected to join both protests after Iftar,” said Ahmed Abo Deraa, Sinai activist and journalist.

Supporters of Al-Sisi’s call protested after noon prayers on Friday in Al-Arish; they chanted against terrorism and held pictures of Al-Sisi amid remarkable female participation; due to the hot weather the protesters agreed to suspend the protest until after taraweeh prayers at night and to continue until dawn prayers.

The Sinai Mujahdeen Association, who helped the army in the 1973 war, announced its support of the armed forces in its fight against terrorism.

The Association includes 750 members from across Egypt who were awarded medals for their role in the 6 October 1973 war. On Thursday, head of the association Abdallah Gahama called on all Egyptians to support their army.

Two died and four were injured in the latest attacks on Sinai security on Thursday; a border guard’s security barrier was attacked by unknown gunmen leading to the death of Mohamed Wahid Abdel Khaleq and Abbas Refaat Al-Beely.

Assailants planted a landmine on the path of an armored vehicle which went off minutes before the vehicle passed, at Al-Goura area south of Sheikh Zuweid, no one was injured in the attack.