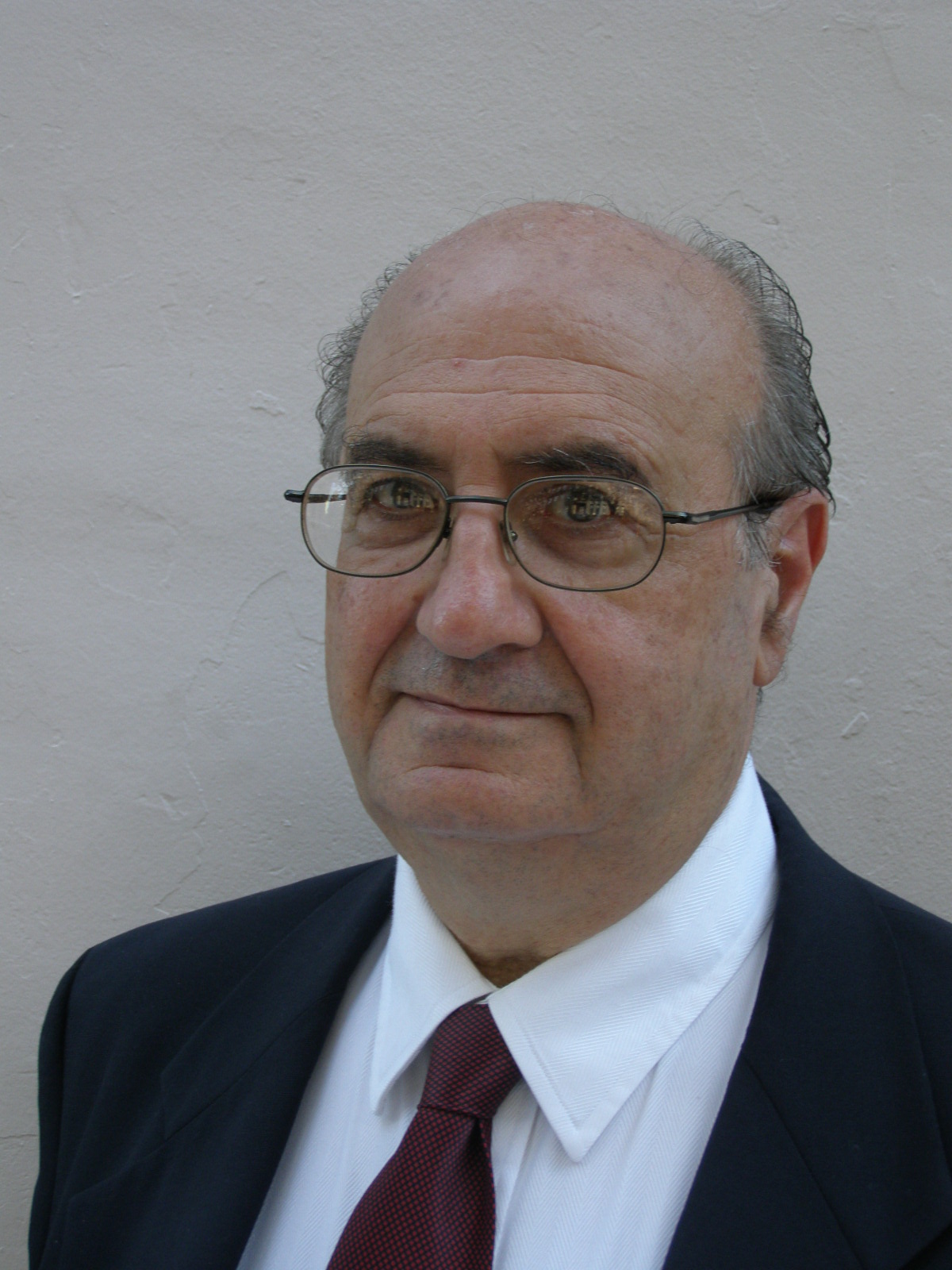 Egypt has a rare opportunity to build a unique direct democracy – without a president or political parties – tailored to its needs that could also serve as a model for other Arab countries.

In my previous article, I promised to outline a vision for Egypt’s democratic future. But in order to do so, we must first identify what are the strengths, weaknesses and challenges facing Egypt’s political system.

The past few days in Egypt have been filled with tension, uncertainty, ever-greater polarisation, growing violence and recrimination. The army’s handling of pro-Morsi protests, its arrest of leading  Muslim Brotherhood members and the killing of some 36 protesters is reprehensible and must be condemned unequivocally by all Egypt’s political and revolutionary forces.

Some have seen in the army’s disproportionate actions and excessive use of force confirmation of the gross miscalculation and hypocrisy of Egypt’s opposition and revolutionary forces by backing the forcible removal of Egypt’s “legitimate” and “democratically elected” leader.

But I see the army’s actions and the clashes between pro- and anti-Morsi supporters not as the product of political legitimacy undermined but as a symptom of illegitimacy compounded until the entire house of cards came tumbling down.

Morsi, as I argued in my previous article, lost any claims to legitimacy that he may have once had. But the problem runs much, much deeper than that. Egypt’s botched transition towards democracy excluded or sidelined most of the revolutionary youth movements due to restrictive and prohibitive conditions for party formation, which favoured the established and highly organised, such as the Brotherhood.

Over and above this, the transitional constitution was seriously flawed, as was the idea that Egypt’s new constitution should be drafted by parliament. This left Egypt in a ‘cart before the horse’ situation, in which the race was being run before the rules had been set. More importantly and surreally, the players, especially those on the winning side, were given the chance to write their own rules.

This, as critics pointed out, would favour whoever managed to come out on top in parliament and would enable them to load the rules of the game in their own favour. And so it came to bear, and the Brotherhood and Salafis created a document which declared that all Egyptians were “equal” but some Egyptians, middle-aged, conservative Muslim men, to be precise, were far, far more equal than others. More chillingly, it empowered the state to “safeguard and protect morality and public decency” and to “maintain a refined level of upbringing.”

Furthermore, next to nothing was done during the transition to reform the office of the president, which retained most of its powers, and to strengthen other institutions against it, in order to create the kinds of checks and balances that would avoid the emergence of another Mubarak.

This was amply demonstrated in November 2012 when Morsi, confusing himself for Superman, transferred to himself, with the simple flourish of a pen, unlimited powers to “protect” Egypt and legislate without any oversight, which he was later forced to repeal due to a massive wave of protests.

And then there is the murky, antidemocratic role of the military. Some mistakenly see the removal of Morsi by the army as a dangerous sign that the military had come out of its barracks to interfere in politics once again. But the point is that the Supreme Council of the Armed Forces (SCAF) had never withdrawn from the political arena; it just retreated tactically behind the facade of a subservient political system largely of its own making.

Revolutionaries had warned the Brotherhood against this and asked them to join in the struggle to push the SCAF out of politics, but the Freedom and Justice Party and Morsi chose ‘pragmatism’ and self-interest over principle, even as demonstrators and protesters were being killed and arrested by the military. They made a pact with the devil and the devil won.

Egypt’s political woes are not just structural and institutional. There is also the country’s leadership challenge. Six decades of dictatorship left Egypt without a clear pool of competent leadership material. That is not to say that there are no competent leaders but just that they are inexperienced, untested and often even unknown to the public.

Someone with Morsi’s obvious absence of calibre, who could have authored the Islamist version of How to Lose Friends and Alienate People, is a sad manifestation of this. The disarray, division and disastrous infighting in revolutionary and opposition ranks is partly a symptom of this, and partly a manifestation of the dilemma of any mass revolutionary movement which unites disparate groups with ultimately divergent goals.

In addition, the disparity in organisational competence and reach between the Brotherhood and the so-called ‘official opposition’ is often attributed to the superior skills of this Islamist movement, undoubtedly good as they are, or is seen as a product of some kind of traditional affinity Egyptians have with religious conservatism.

However, it is often forgotten that the Brotherhood’s conservative religious agenda was once anathema to large swathes of the Egyptian population, even in the countryside. For example, in a rare film featuring former Egyptian President Gamal Abdel Nasser talking about the Brotherhood, a witty farmer suggests that the movement’s Supreme Guide should be the one to don a hijab, rather than Egyptian women!

Some argue that had it not been for Nasser’s repression, the Brothers would’ve ruled Egypt a long time ago. Personally, I’m not so sure. Nasser was an equal opportunities tyrant who, if anything, crushed his secular opposition, which represented a more direct threat to his rule, more ruthlessly and brutally than the Islamists, who at the very least had the mosque to retreat to.

And had it not been for the blowback of Nasser’s torture chambers, Sadat’s dangerous game of empowering the Islamists to crush his secular opponents, and Mubarak’s penchant for giving the Islamists some leeway to scare the outside world, the Brotherhood might have remained an effective charitable and social movement, rather than a dangerous and divisive political one.

But with their boundless reserves of creativity, Egypt’s young revolutionaries – who sometimes seem to be rebelling also against the very concept of leadership – turned a weakness into a powerful political weapon which decapitated the Egyptian regime three times in two and a half years. The leaderless protests created a hydra with millions of heads which the regime could not contain and keep down.

However, though leaderless mass uprisings can topple regimes rapidly, they are far less capable of building a viable and robust alternative. So, how can we overcome this weakness and the other challenges outlined above?

The current situation provides a golden opportunity to reinvent Egypt’s political system and to create a unique model of Egyptian democracy that is tailored to this reality in which there is no clear leadership, institutions are weak and there is an overriding public desire for direct democratic participation.

And this new system should be shaped through an inclusive national conversation that involves not only all of Egypt’s political currents, but all interested citizens who wish to contribute their views.

As one of those citizens, here is my vision for creating a uniquely Egyptian democracy. First, given the abuse to which it has been put over the decades and the temptation for all its occupants to turn to dictatorship, I suggest that the Egyptian presidency be stripped of all its powers and transformed into a ceremonial position.

The shambled remains of Egypt’s first democratically-elected parliament increase my conviction that Egypt should do away with parties altogether. Given that political parties are the cornerstones upon which most governments around the world, whether democratic or not, are built, this may sound radical, bizarre or even bonkers.

But not only does Egypt not have a strong party political tradition, abolishing parties will allow the country to create a democratic parliament in the truest sense of the word. After all, parties have certain antidemocratic tendencies, such as forcing members to vote along party lines, regardless of their individual convictions.

Then, there is the ‘tyranny’ of the party system, which can concentrate power and hinder change, due to the antidemocratic inertia exerted by the mainstream parties. This is a particularly severe problem in the first-past-the-post system, such as in the United States and Britain, where voters may be hungry for change but will almost never vote for small parties because they believe they cannot win.

Little wonder, then, that some of America’s founding fathers warned against the dangers of party politics. “[Parties] serve to organise faction, to give it an artificial and extraordinary force; to put, in the place of the delegated will of the nation, the will of a party, often a small but artful and enterprising minority of the community,” George Washington cautioned in his farewell address.

For that reason, Egypt would be better served with a flexible non-party representative democracy in which individual candidates run, whether for parliament or the presidency, on their own merit and personal manifesto.

This will provide individual politicians with the flexibility to vote according to their conscience and the will of their constituents, while organising informally around certain issues of the day. For example, on certain key matters – such as youth unemployment, gender rights, social policy, trade, foreign policy questions, etc. – groups of politicians of similar conviction can form temporary, unofficial alliances, rather like the Egyptian opposition has already been doing for numerous years, such as with the Kefaya movement.

Over and above this, in order to avoid the emergence of factionalism and unrepresentative ‘representative democracy,’ politicians’ power can be kept in check through a hybrid direct democracy in which, like in Switzerland, the people are consulted directly on vital issues.

In addition, to move mass protest out of the streets and into the formal political arena, and to respond to Egyptians’ newfound hunger for direct political participation, concerned citizens who are unhappy with certain decisions taken by their representatives or wish to launch their own initiatives should have recourse to a formal mechanism that enables immediate action, if they gather enough signatures.

This also moves us away from the condescending idea in representative democracy that voters should be seen every four years at the ballot box but not heard the rest of the time, and towards the idea that every citizen is a partner and player in the political process.

Egyptians have a golden opportunity to put in place a true democracy of the people and for the people. And, above all, it will be created by the people.