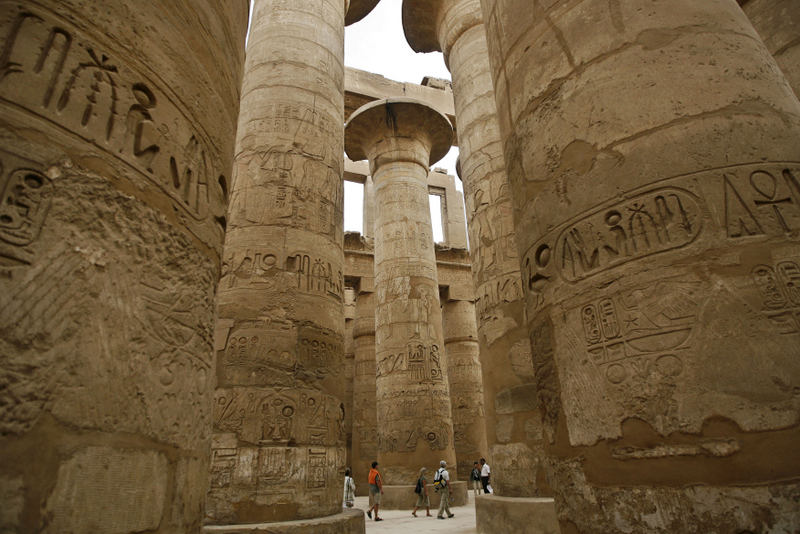 The number of tourists visiting Egypt in April rose to 1.1 million compared to 1million in the same month last year, according to a report by the Central Agency of Public Mobilisation and Statistics (CAPMAS).

This increase, however, was not reflected in the number of nights spent by visitors, which dropped to 11.1 million in the same month, compared to 12.1 million nights last year.

CAMPAS indicated that most of the tourists who arrived to Egypt during April were from eastern Europe, followed by visitors from western Europe, and the third largest group coming from other parts of the Middle East.

Tourism, which accounts for 11.3% of the country’s GDP, has continued to struggle since the 2011 revolution due to ongoing political uncertainty which has frequently erupted into violent protests. This has notable implications on the country’s net foreign currency reserves which have shrunk by about 60% since the eve of the revolution. The number of tourists in April 2010 had reached 1.2 million, which is what many tourism officials describe as the peak.

Tourism has flourished in the last five months, according to a statement made by Minister of Tourism Hesham Zaazou a few weeks ago. The sector still faces risk of relapse if protests called for on 30 June turn violent.

“It’s not just about virtual statistics,” said Hani El-Saher, deputy head of Hotels Chamber. “They are comparing the statistics of 2013 to 2012 and 2011, which are very low.”