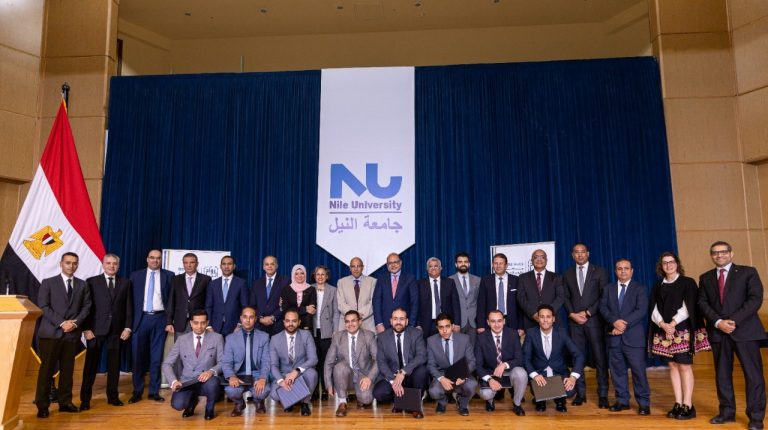 Sherif Luqman — Deputy Governor of the Central Bank of Egypt (CBE) — said that in the three years they have been active, the business development centres affiliated with the Nilepreneurs initiative have accomplished great achievements with the participating 17 banks.

He added that the number of centres has jumped from 24 to 55 in less than a year.

Luqman indicated that the banks participating in the initiative provide many non-financial services to help projects to continue and obtain financing, as they succeeded over the course of three years in qualifying more than 4,300 projects to obtain financing amounting to EGP 3.5bn, and that there are about 1,300 other projects with funds estimated at EGP 1.5bn currently being prepared.

This came on the side-lines of a ceremony in which the CBE honoured the five best performing banks in the field of providing business development services within the initiative, which it launched in 2019.

May Aboul-Naga — Senior Deputy Governor of the CBE — said that the CBE pays special attention to small and medium enterprises within the framework of the financial inclusion strategy.

She added that global experiences and practices showed the need for the banking sector to have a role in bridging this gap and providing non-financial services and consultations to project owners, which prompted the CBE to launch the initiative, which provides various services such as pre-incubation and incubation programmes, business accelerators, and innovation support programmes, competitiveness, awareness and training programmes in various fields of entrepreneurship, empowering women economically, deepening local industrialisation, technological transformation, and supporting exporting sectors and companies.

She stressed that the initiative has an effective role and a large presence on the ground in about 20 governorates through business development centres, which include more than 200 highly qualified specialists in providing non-financial services to individuals and companies, as well as spreading awareness and financial education among youths.

Wael Akl — President of Nile National University — said that the launch of the Nilepreneurs initiative reflects the insightful and proactive vision of the CBE regarding the importance of entrepreneurship, as start-ups and projects that received support from the initiative achieved an increase in their real economic returns by 10 times of what was spent on them, reflecting the strong impact of the initiative on the economy and stressing the importance of a knowledge-based economy in achieving the goals of economic development.

Mostafa Mounir — Head of the Small and Medium Enterprises Sector at the CBE — said that the bank succeeded in bringing about a change in the banking culture, and that banking work is no longer limited to traditional operations of opening accounts and granting loans, noting that introducing a culture of providing non-financial services is a real shift in the work of banks.

He added that banks’ provision of non-financial and advisory services to companies and entrepreneurs has proven over time to be an integral and important part of banking services in terms of preparing and qualifying customers and companies to obtain financing.

For her part, Heba Labib — Executive Director of the Nileprenuers initiative — said that the initiative launched many programmes to support small and emerging projects and local manufacturing.

Finally, Ahmed Hosni — Director of the Business Development Services Centres Programme at the initiative — said that the past three years witnessed many achievements, as more than 160,000 advisory services were provided to more than 65,000 entrepreneurs and projects, indicating that women received support of particular importance in support of their role in the labour market, where services were provided to more than 18,000 women.