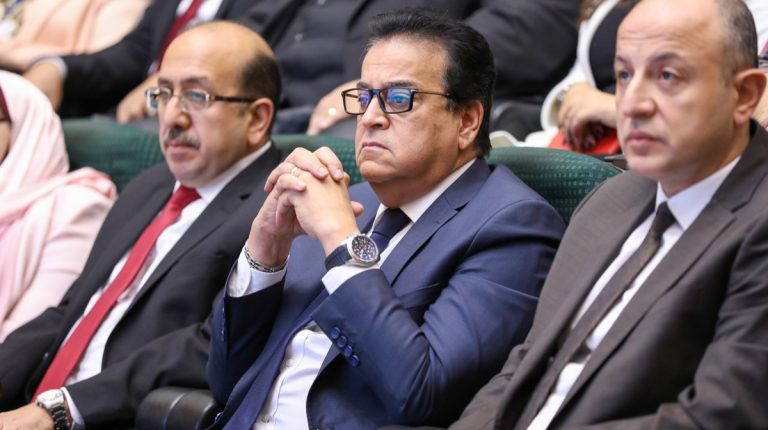 Egypt’s Minister of Health and Population Khaled Abdel Ghaffar launched on Monday a national strategy to rationalise the use of antimicrobials.

Hossam Abdel Ghaffar, the official spokesperson for the Ministry of Health and Population, said that the minister thanked the ministry’s partners from the public and private sectors, and directed the intensification of awareness campaigns about the dangers of antimicrobial resistance, and the development of strategies and plans that support spreading environmental and societal awareness of the dangers of excessive use of antibiotics.

Abdel Ghaffar indicated that the strategy is divided into three phases, the first phase of which begins today, with the participation of 1,000 pharmacists working in 227 hospitals affiliated with the ministry, and they serve as the first nucleus of the national strategy to rationalize the use of antibiotics in its first phase and ends with the end of workshop activities, which last for three days.

He added that the second phase lasts for two months, during which the quantitative and qualitative monitoring of the use of antibiotics is carried out in all hospital departments and linked to the economic burden resulting from them, and then a final analysis of the data is carried out to come up with the necessary recommendations, explaining that this phase is the largest monitoring process for antibiotics in Egypt.

Abdel Ghaffar further added that the third phase of implementing the strategy extends from three to six months, during which the revenue achieved as a result of applying interventions for the rational use of antibiotics will be measured, thus completing the implementation of the first part of the strategy.