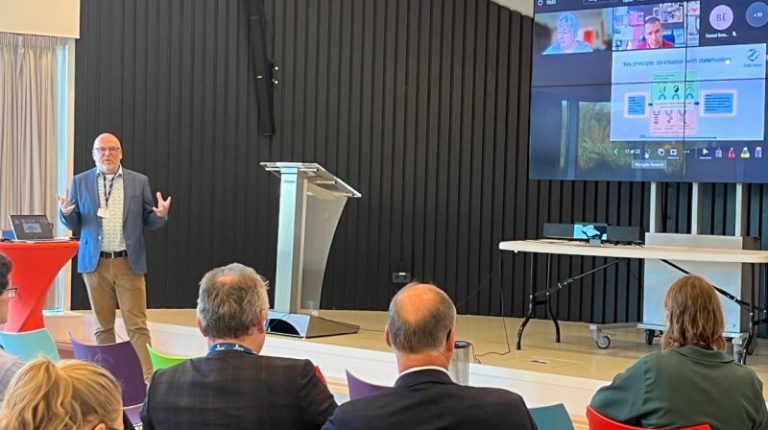 The group aims to allow countries with the most climate adaptation expertise to share their knowledge in order to enhance adaptation practices in the most affected nations, particularly developing nations.

In an interview, Harm Duel — Head of the Department of Water Resources & Delta Management at Deltares and Chair of the IPDC Secretariat — told Daily News Egypt: “I think this is the time for action, so we need to collaborate with each other. What we need to do is to bring people from the policy level, the scientists, the financial institutions, and the people who should implement the projects [together] so we [can begin] efforts in climate mitigation.”

He added that engaging scientists in the project secures the availability of the needed studies and science-based results for better decision-making. He also praised the COP27’s interest in the topic of water, saying that “the entire conference is about water. Water is a reflection of the climate crisis.”

According to Duel, the IPDC will be useful for countries like Egypt, and one of its main roles is to focus on the impacts of the rise in sea-levels on deltas and coastal zones in the most affected places.

He further noted that Deltares has a crucial role in forming the connection between policymakers, financial institutions, climate adaptation researchers and experts, the knowledge networks, and the executive bodies responsible for carrying out national adaptation plans.