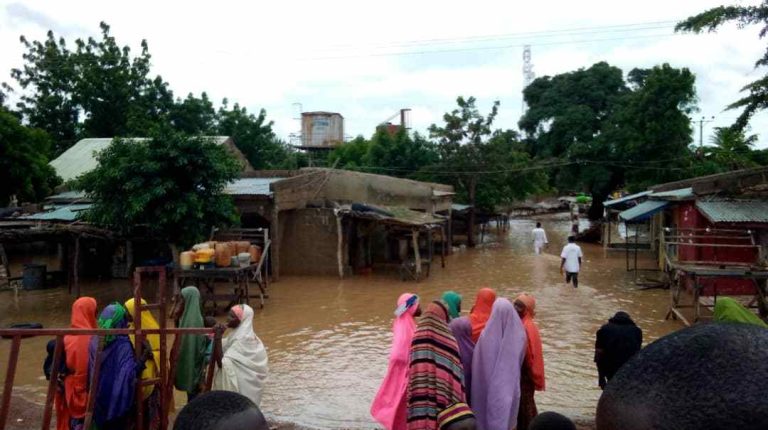 Floods can affect the food security of more than 5.6 million people in several African countries, according to the findings of new research. The results come at a time when floods have devastated Pakistan, India, and large parts of the European Union and the United States.

In the study published on 17 October in the journal PNAS, the authors conclude that floods can affect food security both immediately and in the months following heavy rain. In addition, the flood events have caused extensive damage to infrastructure, agricultural land and livestock, affecting food production and access, as well as water and sanitation resources which are also essential for food security.

In recent years, record rainfall and flooding have led to increased attention to the implications for the affected population, so the authors point to the urgent need to increase understanding of the scale of the devastation, particularly with regard to the population’s nutritional needs. For detailed insights into the impact of flood disasters, the authors examined more than a dozen countries across western, eastern and southern Africa, including Nigeria, Niger, Kenya, Mozambique, and Malawi, among others.

During the 2009-2020 study period, the team examined how key characteristics of floods, including location, duration, and extent, affect an independent measure of food insecurity used by the USAID Famine Early Warning Systems Network (FEWS Net).

The results showed that approximately 12% of those who experienced food insecurity in the studied areas had their food security affected by floods during the period from 2009 to 2020. These effects included detrimental increases in food insecurity – as expected – but there were also some beneficial effects that alleviate food insecurity, depending on the time period and regional scale.

Study co-author Weston Anderson, a research scientist at NASA’s Goddard Space Flight Center and the University of Maryland, said that the results of the study indicate that floods can have adverse effects on food security at different spatial scales, especially in periods of time following its occurrence.

Anderson explained that in a given year, excessive rainfall may result in flash floods that destroy crops in a local area, but at the same time, these floods are associated with beneficial growth conditions that enhance crop production across the country in general. However, Anderson and his team caution that any positive effects of floods are not guaranteed, and the team stresses the importance of improving data collection on floods and food security for disaster response and adaptation planning.

“What we particularly highlight is that floods have important but complex impacts on food security at different times and spatial scales. However, this is largely understudied globally and is therefore not well understood. Improving knowledge of where, when, and to what extent floods affect food security is critical, especially for decision-makers in flood-prone rural areas that contribute to regional and global food supplies,” explains the study’s co-author.

The results revealed that floods greatly affect food security in very local and diverse ways, which indicates that the relationship between floods and food security is not due to some actions such as changes in food prices at the state level, but rather to effects on food production, such as loss of crops, access to food, such as destruction of infrastructure or direct loss of livelihoods, or food use, such as waterborne diseases and poor access to sanitation.