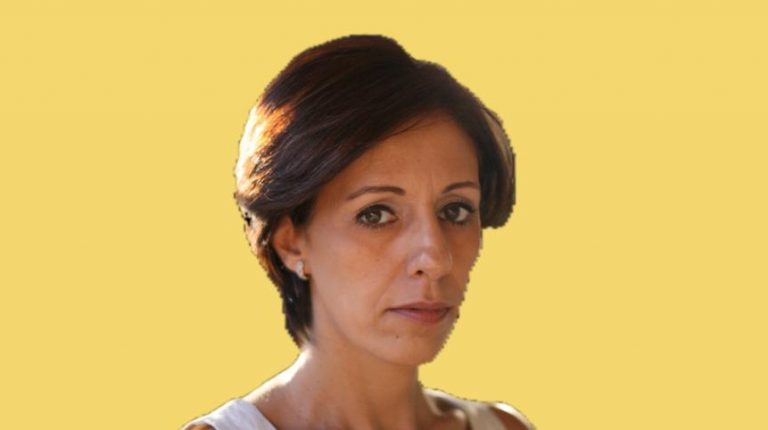 As part of a study of market demanded job skills in four industries, when directly asked, 51% of decision makers admitted to preferring to hire men over women.

Recruitment preferences were estimated directly and indirectly to determine whether those asked directly were being truthful about discrimination based on gender and socioeconomic background.

Hiring decision makers in information technology (IT) seem to be less honest about discriminating based on gender, unlike their counterparts in other industries, according to the same study.

Although when asked, “When hiring a new employee, do you put more weight on socioeconomic background rather than technical skills?” answers in all four industries do not seem to be truthful.

Employment discrimination is a consequence of prejudice and beliefs contained by rules, laws, and norms. Discrimination can be restrained, but even in the most equal societies it persists in one form or another — if not in recruitment, then in pay, for example.

But if half of the people doing the hiring are willing to directly admit to discrimination based on gender, then why would people in IT seem to be less truthful about it?

Preferring to hire a man

As part of a market skills assessment study, hiring managers and HR staff in 1,180 businesses in the retail, IT, hotel, and restaurant industries were surveyed in Egypt. The 2021 working paper is in process, but not yet a peer-reviewed academic publication.

Although this is a study of Egyptian businesses in four industries, I believe the findings are important for other contexts, even if the magnitude of discrimination is less.

Women represent varying shares of the workforce in different industries globally, and many arguments implicitly or explicitly attribute that to women’s skills, confidence, and caregiving responsibilities. Many believe the problem is not with discrimination or businesses; it is the women.

Many hold a belief that women have fewer skills and less talent, and therefore gender discrimination is good for business.

Of those surveyed, 36% said the lack of qualified incoming talent and 31% said women’s confidence and aspirations served as barriers to gender parity. Unconscious bias among managers was the number one barrier with 44% acknowledging this challenge women face. As an aside, 10% said there were no barriers, which – might legitimately need to be added to the 44%.

The things is, women represent more of the available, young, incoming talent for IT in Egypt, making it more difficult to believe less talent is the reason for discrimination. And because this study focuses exclusively on entry level positions, the messiness of how discrimination affects career advancement is not an issue here — an advantage over many studies of employment discrimination.

Discrimination was estimated by asking directly and using an indirect method, asking the sensitive question in such a way that answers are anonymous. The indirect estimate should be more accurate when attitudes or behaviours are socially unacceptable or stigmatised. A comparison of the two should indicate who is telling the truth.

In the retail and hotel industries, both the direct question and the indirect method produce similar estimates of gender discrimination. In retail, 60.1% versus 57.4% for the direct and indirect estimates, respectively. In hotels, the direct estimate is 43.7% compared to 40.2%.

Estimating discrimination based on socioeconomic background, however, indicates that answers in all four industries do not seem to be truthful. Overall, 32.3% directly admit to this type of discrimination — much lower than the indirect estimate of 53.8%.

“Traditional” Egyptian culture can explain some of this. Gender discrimination is socially acceptable; however, discrimination based on perceived wealth is much less so. Although counter to expectations of the social contract— the latter makes sense since classicism is so pervasive.

Sexism, as many people will easily admit, is also pervasive. But not all sexist attitudes are the same. Traditional attitudes can explain some of the observed gender discrimination, but not what is being observed in IT in the same way.

A middle-aged Uber driver in Cairo once said to me, “I know my kids will be worse off, but I do not care. I do not want my wife to work. I want to have all the power.” His parents met at university at a time when it was rare for a young woman from a southern, more conservative governorate to be sent to university in Cairo alone. Economists love when people express preferences directly.

Sexist attitudes are often based on stereotypical beliefs about gender and the roles of men and women. There are two types that are not mutually exclusive — benevolent and hostile sexism. Both are meant to subordinate women, and both are harmful.

Benevolent sexism can be more subtle, often expressed in a seemingly positive way. It emphasises a man’s role to protect and provide for a woman, who is sweet and delicate and in need of protection, and in return, a woman should comply with traditional gender roles. It is often more socially acceptable, although it is harmful. For example, it has been shown to undermine women’s perceptions of their competencies and performance, their confidence.

Hostile sexism aims to preserve a man’s dominance over a woman by underlining a man’s power. It is blatant and resentful attitudes towards women who violate traditional roles or are perceived as threating to men’s dominant positions. Hostile sexism has been shown to be a precursor for sexual harassment and violence towards women in and out of the workplace. All of this undermines a woman’s confidence.

Benevolent sexism can explain some of the gender discrimination in hotels and restaurants in Egypt. The idea that a woman’s virtue is to be protected no matter the excessiveness or the costs is a common idea. Men might behave inappropriately, especially in environments serving alcohol. I have only ever seen one Egyptian woman serve alcohol.

Benevolent sexism might explain some of the gender discrimination in the IT industry, but if the discrimination is predominately benevolent, why not be as truthful as the others? It is very socially acceptable after all.

Could it be that as women in Egypt are closing the gap in technology-driven start-ups and in the academic STEM disciplines that feed into IT, hostile sexism in IT is increasing?

“Conferences on start-ups, the old joke goes, are the only events where there is never a queue for the ladies’ room,” quipped The Economist magazine some time ago, reporting that while only 10% of internet entrepreneurs globally were women, in Middle Eastern cities, it was said to average 35%.

In Egypt, 30% of innovative and technology-driven start-ups have at least one female founder, according to Flat6Labs — a leading early-stage venture capital firm.

Could it be that women in IT are undermining men’s dominance and power?

What I have done is take seriously the industry differences from the study and present some plausible explanations for the results that are consistent with real life. If I have left you with more questions than answers, that is good because these questions are practically important.

Unfortunately, employment discrimination is primarily investigated in economics and psychology, and the two most often consider only part of the story I have told.

Employment discrimination is a consequence of prejudice and beliefs that have serious consequences for employment outcomes – job recruitment, assignment, promotion, pay, and bonuses, as well as health and well-being.

National laws so far only effectively hinder some aspects. Those processes are long and require constant additions to cover the variety of ways employment discrimination is expressed.

In fact, rules and laws sometimes cause people to develop or subscribe to beliefs, justifications, myths, and ideologies to explain and maintain unequal treatment. They also cause ‘modern’ discrimination, called incivility, which is less obvious but just as harmful.

If the underlying prejudices and beliefs that fuel discrimination are left unaddressed, then they may be masked or suppressed but not eliminated. Identifying and distinguishing between them will allow for more effective intervention. True discrimination will express itself until points of view are changed.

In full disclosure, I was the representative of the agency that provided the funding for this study, although I did not influence its design or execution. My hope is that future funding can bring together more of the parts of the story between economics and psychology to better address harmful experiences people have in everyday life.

* Dr Iris Boutros is a behavioural and development economist and strategist. She writes about employment, enterprise development, inclusion, and economic growth. Her work currently focuses on gains and value from connecting behaviour, the brain, and the body.