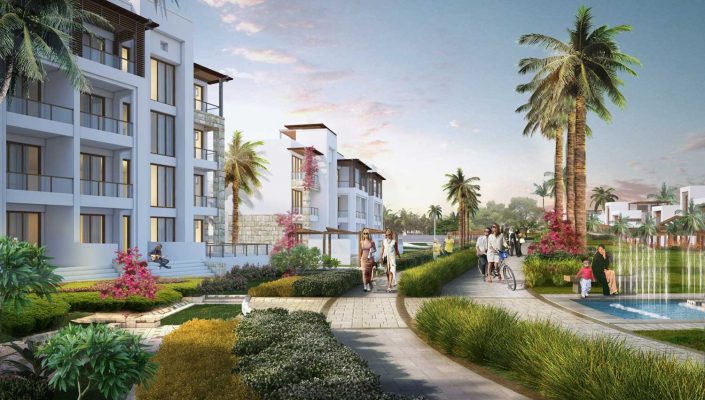 Real estate demand index Aqarmap revealed a slowdown in demand for real estate in the local market last June following a period of growth, recording a value of 2,549 points — a decrease of 8% — compared to when it last increased in May by 3% and its value reached 2,772 points.

The monthly report of the Aqarmap index attributed the slowdown to the change in exchange rate of the EGP against the USD and the advent of the Eid Al-Adha holiday.

Meanwhile, the change in exchange rate of the EGP in the first quarter (1Q) of 2022 led to a remarkable increase in the real estate sector’s sales, despite the fluctuation in demand at the time, Aqarmap disclosed.

The index noted that demand for property in the Egyptian market jumped unusually in the last half of March, coinciding with the announcement by the Central Bank of Egypt to float the EGP, as it seems that the demand for real estate increased directly by investors wishing to buy units before their prices were raised by real estate developers.

At the same time, many companies announced the halting of their sales until the fiscal situation stabilises in the market, while some companies started raising their prices to keep pace with the hikes in construction costs.

However, demand soon returned to its normal level at the end of March, coinciding with the advent of the holy month of Ramadan, which usually witnesses a lull in sales.

At the end of March, the index recorded an increase of only 2% compared to February, as the value of the index reached 3,300 points on 25 March.

The value of the Aqarmap index is calculated using a set of equations based on accurate numbers and statistics collected from the Aqarmap search engine, which contains more than 200,000 real estate units, in addition to the presence of approximately 2m visits to the site per month. It also relies on economic and statistical data that helps in evaluating the general situation of the real estate sector in Egypt.