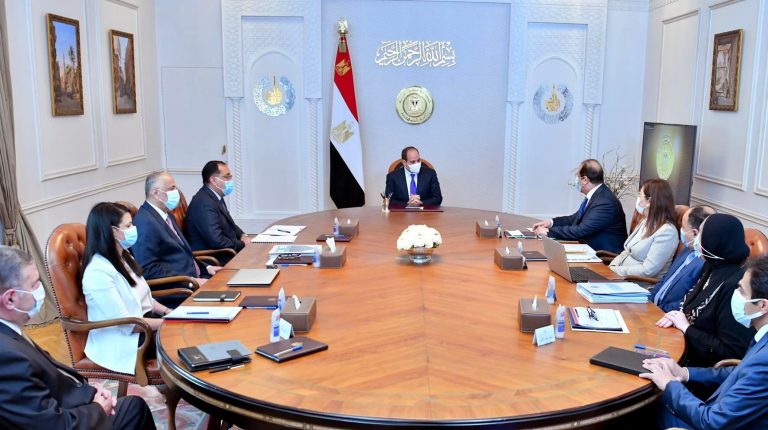 Egypt’s President Abdel Fattah Al-Sisi met on Monday with the Ministerial Economic Group in the presence of Prime Minister Mostafa Madbouly, to follow up on the state’s financial performance indicators during fiscal year (FY) 2021/22.

In addition to achieving an initial surplus of about EGP 97bn, at a rate of 1.3% of GDP, the state’s general budget has achieved a primary surplus for the fourth consecutive year, in addition to reducing the total deficit from 6.8% during FY2020/21 to 6.1%, and reducing the value of the debt service bill from 35.8 % to 32.8% of the state’s general budget.

In the meantime, the president followed up on the Ministry of Finance’s plan to reduce the public debt of the state’s general budget agencies during the coming period, and to target reducing the debt-to-GDP ratio over the future period, in addition to rationalizing government expenditure.

Al-Sisi also directed maintaining the continuity of discipline in the performance of the state’s public finances, focusing on supporting and strengthening social protection programs and continuing investments to maximize production and provide job opportunities, as well as continuing spending on health and education programs.