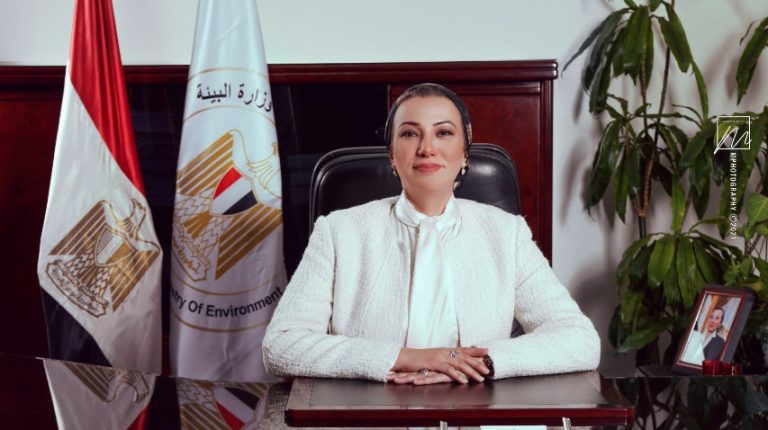 Minister of Environment Yasmine Fouad reviewed Egypt’s viewpoint to ensure the success of the UN Conference of Parties on Climate Change (COP 27), considering the current stage as one of implementation given the conclusion of the negotiating phase.

Fouad made her remarks in a speech before the meeting of the Committee of African Heads of State and Government on Climate Change (CAHOSCC), which is being held on the side-lines of the United Nations 2022 Conference on Oceans in Lisbon, Portugal, under the slogan ‘Save our oceans, protect our future.’

The minister explained that Egypt appreciates the efforts of the UK in ensuring the success of the COP 26 and supporting Egypt’s presidency in the upcoming COP 27, as Egypt is keen to build on what has been achieved in the previous edition and benefit from the political momentum it achieved to make balanced progress on all negotiating tracks.

Fouad also praised the launch of the 2022-2032 Africa Strategy for Climate Change and Resilience as a cornerstone to build upon in the COP 27 and unite Africa’s voice in identifying the continent’s needs.

Furthermore, she emphasised Egypt’s full keenness to achieve tangible progress in mitigation and advancement efforts to achieve carbon neutrality by 2050 and encourage countries to update their nationally determined contributions to achieve the goals of the Paris Agreement.

Finally, Fouad stressed the importance of climate finance as a cornerstone in the implementation of national pledges to support what is allocated to it from the budget and public resources of the state.