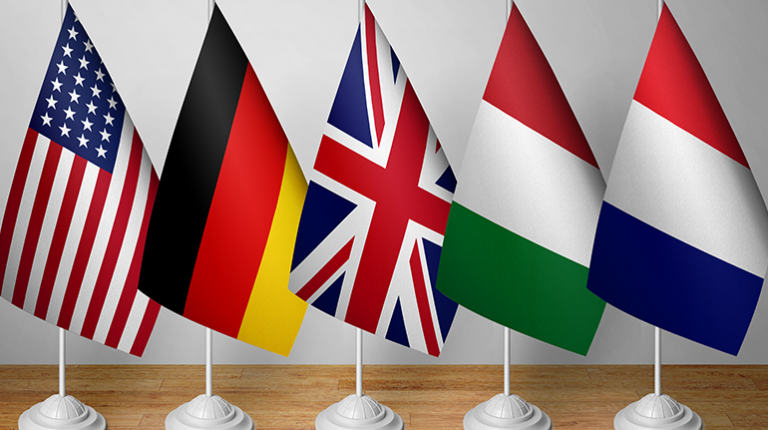 Five Western countries have called for the rapid completion of the legal basis for the general elections in Libya, rejecting measures that lead to “further divisions” in the country.

France, Germany, Italy, the UK, and the US welcomed “the progress made in the talks between the Joint Committee of the House of Representatives and the High Council of State in Cairo facilitated by the United Nations Support Mission in Libya (UNSMIL), and the degree of consensus reached on the agreement,” the statement said.

The statement also commended the work of Special Adviser to the UN Secretary-General Stephanie Williams and the UNSMIL.

Furthermore, the joint statement called on the Libyan House of Representatives and the Supreme State Council and their leaders to “urgently complete the legal basis so that credible, transparent, and inclusive presidential and parliamentary elections can be held as soon as possible.”

These elections should be held as stipulated in UN Security Council Resolution 2,570 of 2021, the roadmap for the Libyan Political Dialogue Forum, the Conference to Support Stability in Libya, the results of the Second Berlin Conference, and the Declaration of the Paris Conference on Libya.

The statement also stressed the need for “a unified Libyan government capable of governing and holding these elections all over the country.”

Moreover, it “strongly rejected” measures that could lead to “violence or further divisions in Libya,” such as “the establishment of parallel institutions, any attempt to seize power by force, or the rejection of a peaceful transition to a new executive that would be formed through a legitimate and transparent process

Additionally, the statement urged Libyan political leaders to engage constructively in the negotiations, including through the good offices of the UNSMIL, to break the operational impasse and agree on a path for elections, expecting a full implementation of the ceasefire agreement.

“Violence, incitement to violence, and hate speech are inexcusable and unacceptable,” it added.

The statement concluded by calling for the management of Libya’s resources “in a transparent and accountable manner throughout the country and for the benefit of the Libyan people.”

It also urged Libya’s leaders to “agree on the priorities of the country’s public spending and to establish a common structure for revenue management and oversight through continued engagement with the Berlin Process Economic Working Group.”

For his part, the Head of the government that was appointed by the House of Representatives, Fathi Bashagha, welcomed the statement, expressing his aspiration to work with the countries that issued it to lead Libya towards the elections.