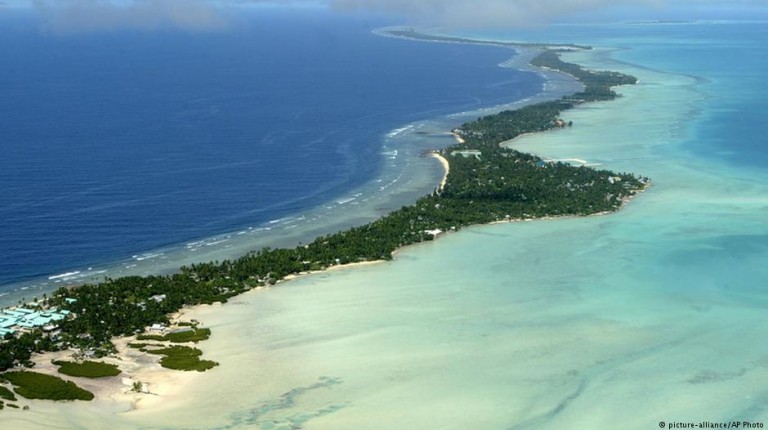 We all know ocean temperatures are increasing as a result of climate change. But what you may not know is that they are warming much faster than expected. The loss of tropical paradises is only one of many consequences.2016 is now officially the warmest year on record, according to a new report by the World Meteorological Organization (WMO). But it’s not just atmospheric temperatures that have gone up – it’s also ocean heat.

“Globally averaged sea-surface temperatures were the warmest on record, global sea levels continued to rise and Arctic sea ice extent was well below average for most of the year,” Petteri Taalas, head of the WMO, stated in the report published last week.

What is startling is that temperatures have gone up much faster than expected. In the last century, the 15 years with the highest ocean heat anomalies have all been within the last two decades, according to data from the United States’ National Centers for Environmental Information (NCEI).

And this trend shows no signs of slowing down. The WMO report predicts these conditions will continue in 2017.

But as oceans are warming, water expands – causing sea levels to rise. 2016, an El Nino year, caused a downright growth spurt of 15 millimeters (0.6 inches) for global sea levels. This is fivefold the average annual rise of 3 millimeters, which has generally been the case since the early 1990s.

And why is this a problem? Because many low-lying coastal regions and islands could be dealing with this issue much sooner than they had anticipated.

One of these islands is Kiribati (seen above). Like many of the island states in the Pacific, it could become uninhabitable in 30 to 60 years due to rising sea levels. Kiribat’s submergence would mean exile for its roughly 100,000 inhabitants and a paradise lost for the rest of the world.

New in the cinema