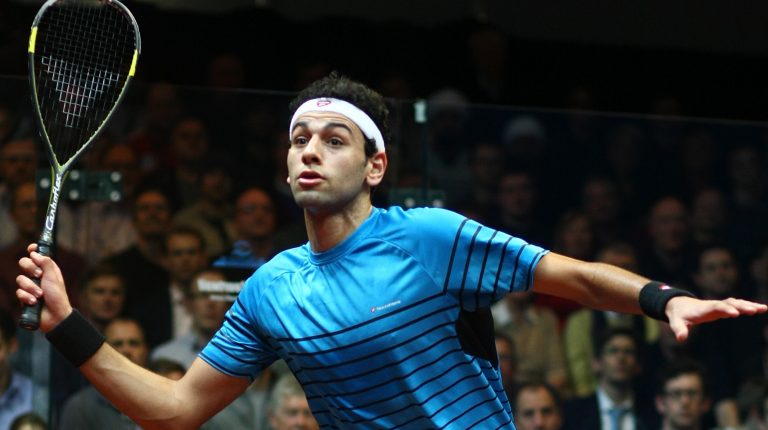 Mohamed El-Shorbagy, the former player for the Egyptian national squash team, made headlines after he decided to represent England in international competitions. The shocking decision raised controversy and questions about whom to blame for this phenomenon.

El-Shorbagy, 31, currently ranks third in the world, and used to top the international rankings from 2014 until 2021. He also ranked sixth among the most crowned players in the world, with 44 titles.

The exodus of Egyptian athletes is the most prominent issue in the sports community in the recent period. No one tackled this file or investigated this phenomenon that has spread recently, which erupts serious problems that threaten Egypt’s national security.

Earlier, a number of British and American universities announced the opening of their doors to Egyptian stars and world champions in squash as a first step towards attracting Egyptian stars, especially young men and women who are looking for an opportunity to teach in major international universities, and also to train in a very ideal atmosphere, which is also a first step to attract these stars to play in the names of their universities and then tempt them financially and morally to naturalize them to play for the national teams of those countries.

In 2017, wrestler Tarek Abdel Salam decided to represent Bulgaria. Two years before his announcement, Abdel Salam travelled there after feeling that the Egyptian officials did not appreciate him. There, he worked for two years in a Shawarma restaurant to make money. After two years, he won the gold medal of the European championship held in Serbia for Bulgaria, after defeating champions of Russia Chingiz Labazanov in the final 4-1 in the under-75 kg.

In 2021, Sameh El-Dahan, a player for the Egyptian equestrian team, announced that he would represent the English Federation under the British flag instead of Egypt, after he was excluded from representing Egypt in the Olympic Games in Tokyo.

Amr Al-Gaziri, the former Egyptian modern pentathlon player, also decided to represent America, after he had represented Egypt before in three Olympic tournaments, specifically in Beijing 2008, London 2012 and Rio de Janeiro 2016, before deciding to retire in 2017.

But in the same context, there are many players who refused to naturalize and play in the name of a country other than Egypt, most notably Mohamed Ehab, the national weightlifting team player, Farida Othman, Ahmed Al-Ahmar, Karam Gabr, Abdullah Abdel Salam and Nour Al-Shibiny.