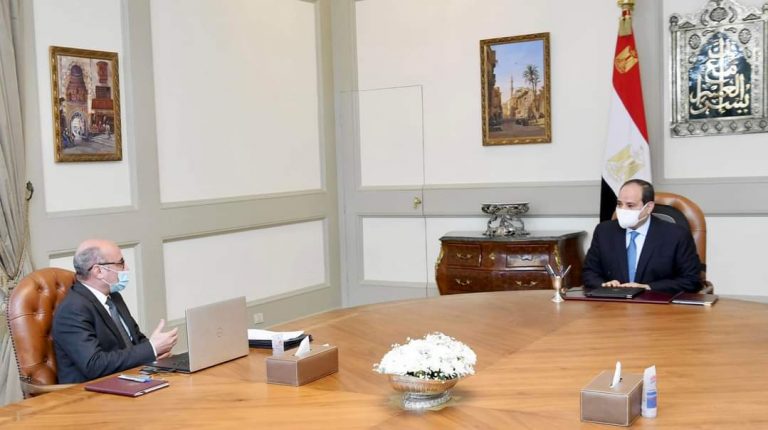 President Abdel Fattah Al-Sisi followed up on efforts to settle overdue cases in the civil and family courts on Sunday, directing the Ministry of Justice to develop an integrated plan to resolve these cases during the current judicial year.

Al-Sisi’s remarks came during his meeting with Minister of Justice Omar Marwan.

Presidential Spokesperson Bassam Rady stated that the meeting dealt with following up on the efforts of the ministry to complete the backlog of cases in the courts, as well as prepare a national legislative database.

Marwan reviewed the national legislative database issued by the Supreme Committee for Legislative Reform, which deals with laws, decisions of the republic, cabinet decisions, and international agreements issued until the end of 2021.

Rady added that the minister also presented the ministry’s efforts to reduce divorce cases in cooperation with the Ministry of Endowments by refining the professional and societal skills of the authorised officials in order to ensure that the divorce took place in its entirety and to try to reconcile the spouses before documenting the divorce.

The president was also briefed on the latest developments in the technical development work of the judicial system, including using artificial intelligence applications.