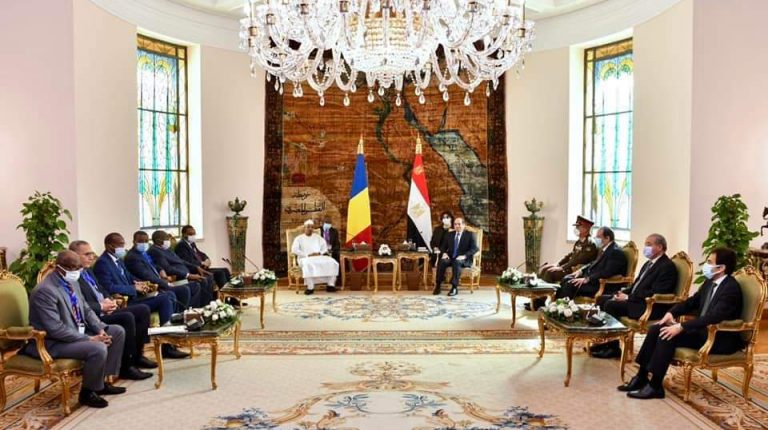 President Abdel Fattah Al-Sisi stated on Wednesday Egypt’s keenness to provide its full support for Chad during the latter’s current transitional phase as well as to strengthen and develop relations between the two countries on various levels.

The president’s remarks came during his meeting with Chad’s Head of the Transitional Military Council Mohamed Idris Deby at Al-Ittihadiya Palace in Cairo.

Furthermore, Al-Sisi’s expressed his interest to continue cooperating with Chad in the field of capacity building for the development and refinement of Chadian cadres in various disciplines as well as maximising security, intelligence, and military cooperation to combat terrorism and extremist ideologies.

On his part, Deby praised the close relations between the two countries, expressing his deep appreciation for Egypt’s support during the current sensitive stage that Chad is going through.

He also emphasised the existence of broad prospects for developing relations and advancing cooperation.

Additionally, the meeting witnessed discussions on ways to advance bilateral cooperation between the two countries and a number of regional issues of mutual concern, especially the developments in Libya.