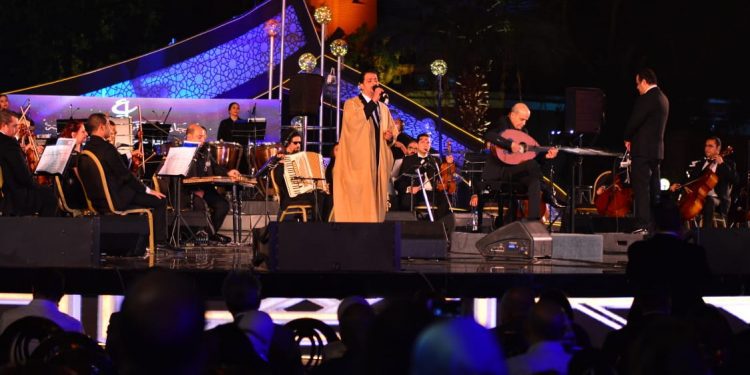 In celebration of the New Year, the Ministry of Culture has released on its YouTube channel the latest concerts of the German-Egyptian Jazz group Cairo Steps.

Attended by the Culture Minister Enas Abdel Dayem, the band performed a number of its well-known hits. It first performed the “Garden City” song, which blends the western Jazz musical beats with oriental music.

Cairo Steps was the first German band that participated in the Arabic Music Festival and Conference many years ago. The Festival’s activities take place at various venues including the Cairo Opera House, Alexandria Opera House, and Damnhour Opera House. The last edition of the festival featured 29 concerts, with the participation of 93 musicians, mainly from 5 Arab countries: Egypt, Lebanon, Tunisia, Iraq, and Jordan.

The Ministry of Culture prepared a set of special shows to be released on its YouTube channel during the first week of January, as part of the New Year celebrations.