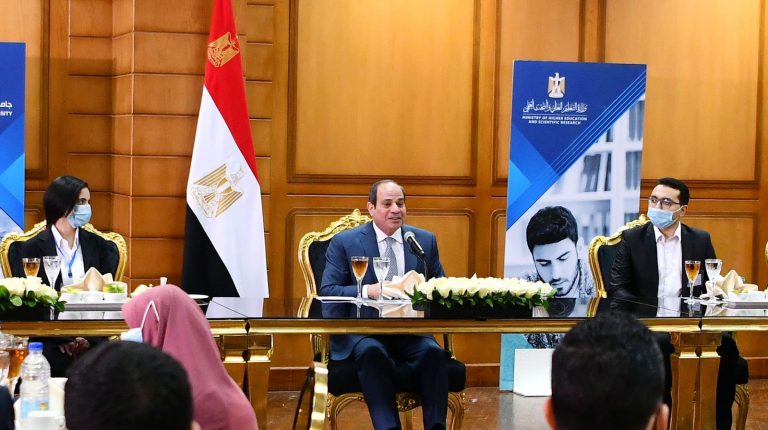 President Abdel Fattah Al-Sisi visited on Tuesday the Kafr El-Sheikh University, where he participated in a group breakfast with students and university staff, and opened a dialogue with them.

The President stressed the state’s keenness to raise the level of public universities in parallel with the establishment of new universities nationwide, according to an approach based on providing education and training appropriate for the current and future labor market, and within the framework of the state’s highest priority to pay attention to young people, train and qualify them in all fields as they are hope and treasure The real goal of Egypt to achieve comprehensive and sustainable development in the coming years.

Al-Sisi watched during his visit a documentary film entitled “The New Republic where Science Complements Achievements”.