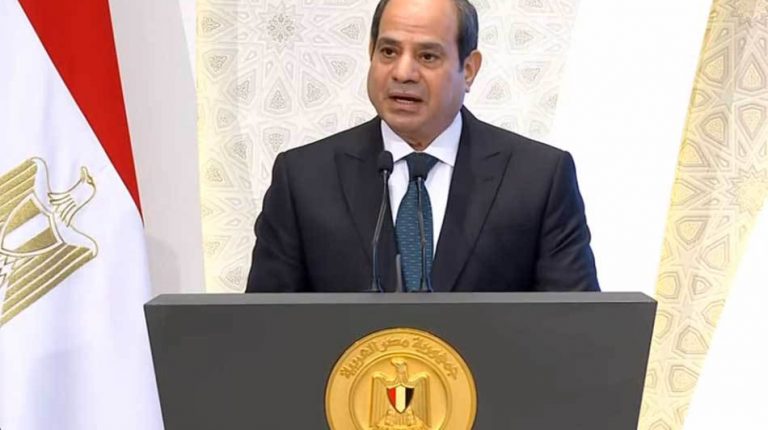 Egypt’s President Abdel Fattah Al-Sisi asserted on Sunday that building the awareness of any nation, correctly, is one of the most important factors for its stability and progress.

The Egyptian president stressed that the teaching of Islam spread by Prophet Muhammad call for achieving coexistence, social peace among people, and ensuring the right of all people in a decent life.

He said that Egypt celebrates together the anniversary of the birth of Prophet Muhammad, “whom God sent to change the face of the entire world, bring the nation out of darkness into the light, spread the highest human values in all parts of the earth, and to call for justice, goodness, love and peace.”

“On the occasion of this fragrant anniversary, I extend my congratulations to the people of Egypt, and all Arab and Islamic peoples,” the President added.

The message of Islam has raised the value of science, knowledge and to appreciate the importance of contemplation.

He stressed the importance of rational awareness, and an understanding of the true teaching of religion, which will remain among the priorities of the current stage.

Al-Sisi asserted that the Egyptian government and people are proceeding together, “with unrelenting determination to build their dear homeland, Egypt.”

Al-Sisi emphasised the need to double the efforts undertaken by religious institutions and their eminent scholars, to spread the values ​​of tolerance and coexistence.

He stressed that Egypt will continue “building awareness and reforming religious discourse as a collaborative, participatory responsibility.”

“This requires concerted efforts to build together an enlightened and rational intellectual path that establishes a healthy personality, capable of facing challenges, and building a future state.

The event, which started with reciting verses of the Holy Quran, was hosted by the Ministry of Religious Endowments (Awqaf).

The Moulid, which is commemorated on 12 Rabi’ Al-Awwal, the third month on the Islamic calendar, falls this year on 19 October on the Gregorian calendar.