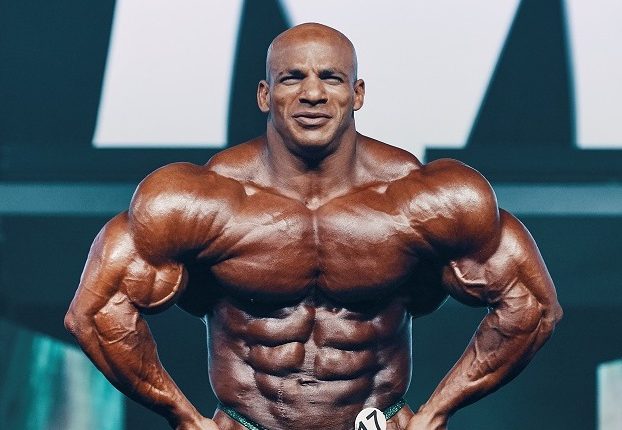 Egyptian bodybuilder Mamdouh Elssbiay, known internationally as “Big Ramy”, has been crowned Mr. Olympia 2021 champion, the largest and most famous championship in the bodybuilding sport worldwide, for the second time in a row.

By winning the title, he has become the first Egyptian and Arab to achieve the title in two consecutive editions. Lebanon’s Samir Bannout won the title once in 1983.

It also means that Big Ramy has placed his name among the giants of the bodybuilding world, including Arnold Schwarzenegger, Lovreno, Sergio Olivia, Ronnie Coleman, and others.

Joy spread throughout Burullus, Kafr El-Sheikh governorate, specifically in Al-Saba’a, the hometown of the world champion Elssbiay, after winning the Mr. Olympia title.

Big Ramy’s brother, Mohamed Elssbiay, said that their mother was the biggest supporter of him. “We were all afraid of the judges’ bias towards the American contestants, but Ramy’s distinguished level settled the title. He honoured all the Egyptian and Arabs,” he said.

Shawqi Elssbiay, Big Ramy’s uncle, said that Ramy started practicing bodybuilding in high school and was working at the time as a fisherman in Lake Burullus and the Mediterranean.

Shawky added that after Ramy’s graduation, he travelled to Kuwait to work in the fish market. But due to his athletic stature and high potential, he had an opportunity to work as a coach in a gym. After that, he participated in many regional championships, and won them, which qualified him to participate in the Mr. Olympia tournament, for the first time in 2013, and he won seventh place. He managed to win the title last year and this year.

Ramy received many offers to represent countries other than Egypt, but he strongly refused and insisted on representing his homeland Egypt, the uncle said.

From her side; Rami’s mother expressed her joy at her son’s victory for the second year; emphasizing that Rami was sure of his victory, and that he was always asking for her prayers, especially in the last days of the tournament.

A large number of the residents of Big Ramy’s hometown expressed their happiness with the achievement. They were keen to organize a big celebration of the world champion and promised to honour and celebrate him after he succeeded in raising the Egyptian flag in the most important world championship.

Big Ramy’s siblings revealed that the key for the hero’s achievement is due to his mother’s prayer; stressing that she continues to pray for her son to win and be crowned.

Mr. Olympia champion stressed that his mother, his family, and the people of his village have a great credit for what he has achieved, and for the achievement, which was achieved during the era of President Abdel Fattah Al-Sisi, who strongly sponsors Egyptian sports.

The coronation of the Egyptian champion with the title of Mr. Olympia comes as a result of the unlimited support from the Egyptian state and the provision of all external camps for the champion who has outdone himself and all employees.

Mr. Olympia expressed his great happiness after winning the title for the second time in a row, welcoming him, stressing that this achievement is credited to Egypt.

The Mr. Olympia champion gifted the title to his friend Radwan Al-Kawatihi, whose father died hours before Mr. Olympia, and despite that he insisted on being with me and supporting me towards achieving my dream.

Mr. Olympia added, “I thank my family, coaches and the great fans of Egypt, and everyone who helped me and supports me in my journey and my goal is to be able to defeat myself, and make the fans happy and my country proud of me, and I am happy with what I have achieved.”

The Egyptian champion, Big Ramy, succeeded in winning the gold medal for the Mr. Olympia 2020, for the second time in a row, which is the highest championship in the professional bodybuilding game.

Ashraf Sobhi, Minister of Youth and Sports, promised the hero Big Ramy to honour and organize a ceremony worthy of the name and stature of Big Ramy, who was crowned with the title, and raised the Egyptian flag in one of the most important sports forums in the world.