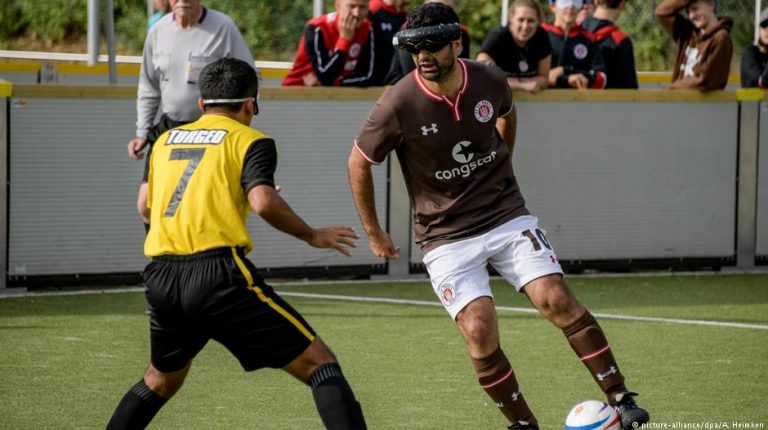 German weekend sports show Sportschau has awarded its “Tor des Monats” award to a blind footballer. St. Pauli’s Serdal Celebi found the top corner with his left foot in the final of the Bundesliga for the blind.Serdal Celebi didn’t taste victory in the final game of Germany’s Bundesliga for the blind on August 25, as MTV Stuttgart defeated St. Pauli 2-1.

However, the 34-year-old probably didn’t expect his fine individual effort to end up nominated for the goal of the month award on long-running weekend sports roundup show Sportschau.

Celebi dribbled into space before squeezing a left-footed shot through a crowd of defenders into the top corner.

“I’m hugely happy to have scored the goal of the month. It’s historic for blind football. Heartfelt thanks to all who supported me and gave me their votes,” Celebi said, as quoted by his club after the announcement on Saturday evening.

The “Tor des Monats” format will be familiar to viewers around much of the world; broadcaster ARD selects a shortlist of goals each month and airs them in advance of the result, inviting viewers to vote for their favorite. The goal with the most votes wins. St. Pauli, a second division club with an unusually large reach and a cult reputation, sought to drum up support online.

From the Bundesliga, Hertha Berlin’s Marvin Plattenhardt and Freiburg’s Mike Frantz made this month’s shortlist.