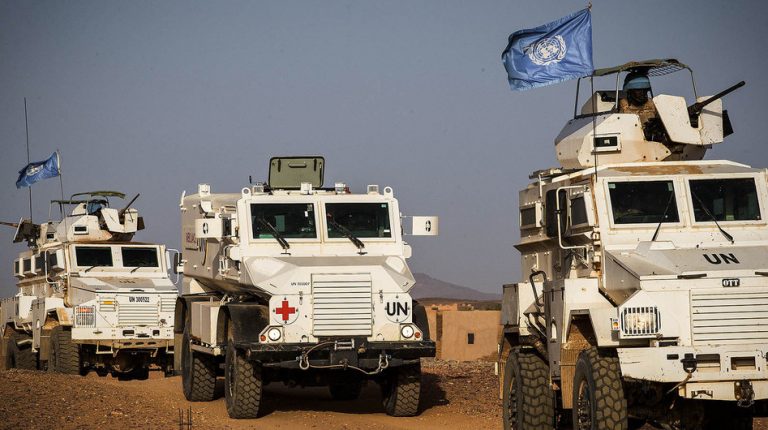 The Egyptian Armed Forces announced, on Sunday, that an Egyptian peacekeeper was killed in improvised explosive attacks on UN peacekeeping mission in Mali’s volatile north (MINUSMA). Four colleagues were seriously injured in the attack.

He expressed his deep condolences to the family of the victim, as well as the Government and people of Egypt, wishing a speedy recovery to the injured.

The Secretary-General called on the Malian authorities to spare no effort in identifying the perpetrators of the attack, so that they can be brought to justice swiftly.

The Egyptian Armed Forces affirmed that its role in peacekeeping emanates from its belief in the importance of peace, co-existence, and elimination of terrorism under the umbrella of UN, said Abdel-Hafez.

According to the UN, Egypt is the seventh-largest contributor of troops to UN peacekeeping operations at present. The North African nation currently deploys nearly 3,200 military and police personnel to UN peace operations in several African countries.