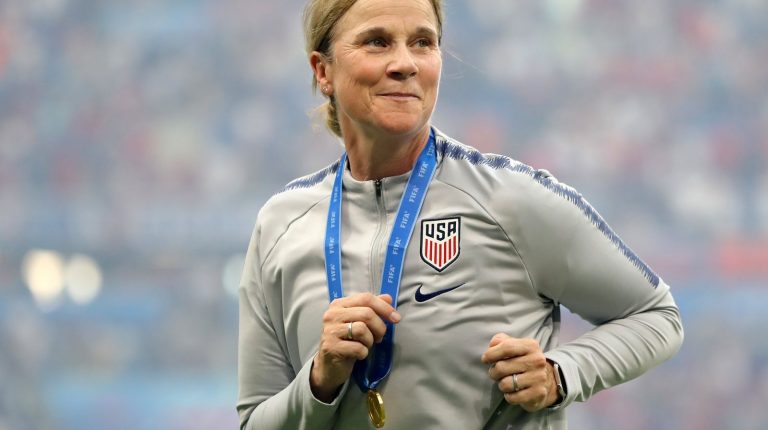 Jill Ellis opens a far-reaching review of the women’s football calendar in the coming days with the objective of creating global access and opportunities in the sport by putting the players at the heart of the discussions.

Nothing is agreed for the women’s football match calendar after 2023, when the first 32-team FIFA Women’s World Cup™ will be played in Australia and New Zealand.

This wide-ranging evaluation process – mirroring that of men’s football under the guidance of FIFA’s Chief of Global Football Development, Arsène Wenger – will take in views from all stakeholders on the women’s game and how to optimise its calendar to guarantee sustainable growth.

“The group will comprise leaders [from] within their different areas,” explained Ellis. “We’re going to be looking at everything from the technical side, from the view of the coach: not just the current coaches but former coaches too. We’re going to look at the players’ view, referees, sports scientists, administration and certainly the fans.
“I think we have to have a general understanding of what everybody’s position is and where they are through their lens. And that also means it’s going to be an incredibly diverse geographic group. You know, the challenges and opportunities in one nation might be completely different to another.”

Women’s football has enjoyed tremendous growth since the first FIFA Women’s World Cup was contested by 12 national teams in 1991. The last edition in France attracted a global audience of 1.12 billion and more teams have had their chance to shine on the worldwide stage but further growth of the sport and its global competitiveness is the objective of this process.

Ellis added: “My charge with this group is to look at the overarching calendar and look at ways to grow our World Cup, and make sure that the [FIFA Women’s] World Cup is still incredibly special, but also appreciating that it has been, and is, a conduit to growth in our sport. So, how do we balance that? How do we look at that? That’s going to be part of the conversation and the discussion. Also, how do we grow the opportunity for a player that has never experienced something as special as a World Cup. That’s going to be our task.”