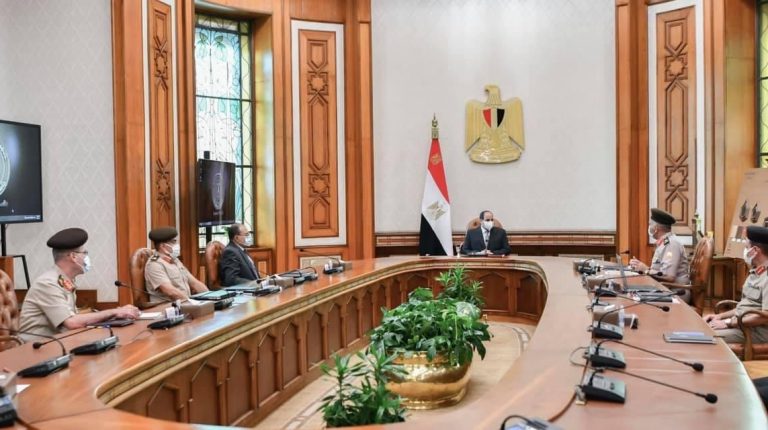 Egyptian Presidency spokesperson Bassam Rady said the meeting also followed up on the construction and engineering position of a number of projects implemented by AREA nationwide, including new facilities in the New Administrative Capital, especially the Strategic Leadership headquarters and the Great Mosque of Egypt

The President also reviewed the ongoing efforts to restore and renovate the shrines in Old Cairo, especially the shrines of Sayyida Nafisa, Sayyida Zainab, and Sayyidna al-Hussein, which include the restoration of the interior halls of mosques and their architectural decorations.

The meeting also followed up on the progress of some development projects, including a project to cultivate olive trees on an area of ​​about 65 feddan in Bahr al-Baqar city, in addition to efforts to maximise untapped land plots in Cairo and other governorates. The meeting addressed road development projects, including Ras Al-Hikma road in the North Coast and the parallel axis to the 26th of July axis in Cairo.

During the meeting, the construction progress of the new Motor City was also explored, as the President directed establishing exhibitions and yards for selling used and new cars, as well as an integrated centre for car maintenance and spare parts, besides administrative buildings, banks, and real estate offices, rest houses, and restaurants to accommodate the expected visitors.