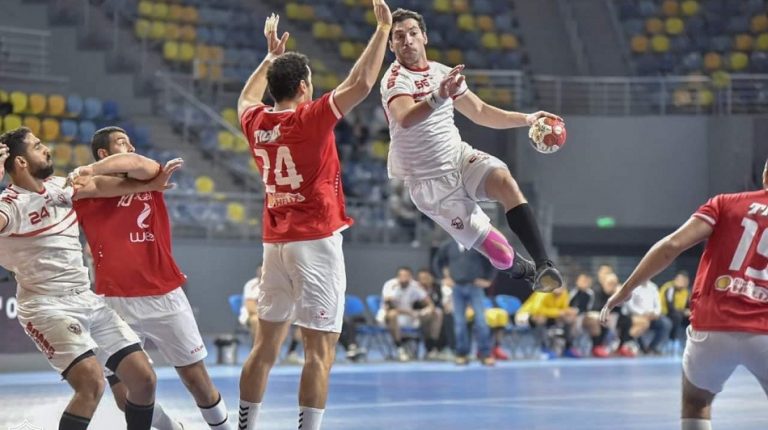 All eyes of handball fans in Africa will be on the expected confrontation between Cairo giants Al Ahly and Zamalek in the African Handball Super Cup on Friday at the Hassan Mostafa International Sports Halls in the 6th of October City.

Both teams held a closed training camp in preparation for the big game.

The Egyptian Handball Federation is the organizer of the African Super Cup match. The Federation recently held a meeting for the final preparations of the game. The meeting discussed all coordination and security matters related to the match, and the arrangements that each team will follow, including trophy awarding ceremony and entrance and departure of both teams from the hall.

A technical meeting for the Super Cup match is scheduled to be held on Thursday evening, at the headquarters of the Federation. Each team will submit their squad an hour before the meeting.

Both teams will train at the Hassan Mostafa International Sports Halls on Thursday, but at different times.

The Sup Cup winner will represent Africa in the 2021 IHF Men’s Super Globe scheduled to be held from 5 to 9 October in Saudi Arabia.