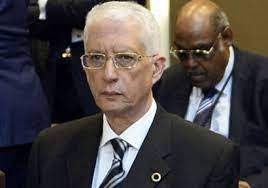 Egypt’s Ministry of Foreign Affairs has revealed that a delegation, headed by Deputy Foreign Minister Hamdi Loza, will visit Ankara on 7-8 September, upon an invitation from the Turkish Foreign Ministry.

The Egyptian Ministry said, in a statement on Tuesday, that the delegation will conduct the second round of talks between Egypt and Turkey, which is expected to address recovering bilateral relations, as well as a number of regional files.

The first round of talks was held in Cairo in May, and dealt with bilateral and regional issues.

The Egyptian Foreign Ministry described these discussions as frank and in-depth.

The talks touched on bilateral issues and a number of regional issues, especially the situation in Libya, Syria and Iraq, and the need to achieve peace and security in the eastern Mediterranean region.

The Egyptian Foreign Ministry added, “The two sides will evaluate the outcome of this round of consultations and agree on the next steps.”

Earlier, the Egyptian Foreign Ministry announced that the exploratory discussions focus on the necessary steps that may lead to the normalization of relations between the two countries at the bilateral level and in the regional context.

Observers made it clear that the bilateral file is currently the most important for Cairo at the level of Egyptian demands, whether media or political, stressing that Cairo will not accept that these demands be divided, in reference to the cessation of any anti-Cairo activity.

Turkey has recently shown a desire to work to rebuild relations with Egypt and the Gulf states, in an attempt to overcome differences that have left Ankara largely isolated in the Arab world.

Commenting on the first round of talks, Turkish Foreign Minister Mevlut Cavusoglu said that the talks between Egypt and Turkey in Cairo were “positive.”

He indicated that these exploratory discussions may be followed by a meeting between the two foreign ministers in the future.

He added, “We discussed with our friends bilateral relations and what can be done about it,” noting that the two parties will evaluate the results of the meeting, and views will be exchanged together on the steps that can be taken later.

Relations between Turkey and Ankara were strained against the background of the latter’s harboring of  Muslim  Brotherhood leaders, accused of committing crimes in Egypt, and wanted for justice before Egyptian courts..