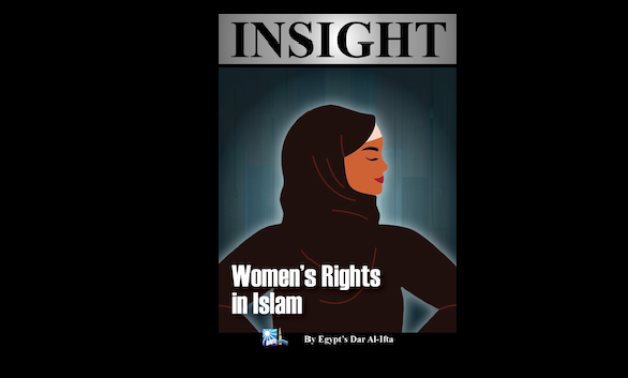 The Egyptian Dar Al-Ifta has issued a new edition of its English-language Insight magazine, discussing many issues of concern for Muslim women, and corrects many misconceptions and distorted stereotypes about women’s rights in Islam.

The edition also seeks to highlight women’s rights in society, giving readers a simplified overview of the women rights recognized by Islam more than 1,400 years ago, and shedding a light on the necessity to support victims and survivors of gender-based violence.

Moreover, the edition tackles the marriage of minors and the position of Islam on it, stressing that one of the basic principles of Islamic law is not to cause harm in any way. The magazine said that child marriage violates both Islamic law and civil law as it causes minors grave harm.

Entitled “Myths and Realities”, the edition discusses in-depth some of the misgivings that suggest women in Islam are persecuted and in need of rescue.

Moreover, the new Insight edition addresses the issue of hijab as an ‘Islamic obligation’ and its definition, purpose and correct form. The same applies to the issue of female genital mutilation and its prohibition in Islam while presenting real-life incidents of that shameful practice.

The edition also presents several fatwas from the Egyptian Dar Al-Ifta on the marriage of a Muslim woman to a non-Muslim man, and the work of women in politics and occupying leading positions.

Dar Al-Ifta is an Egyptian Islamic advisory, justiciary and governmental body. It is one of the pioneering foundations for fatwas (Religious verdicts) in the Islamic world.