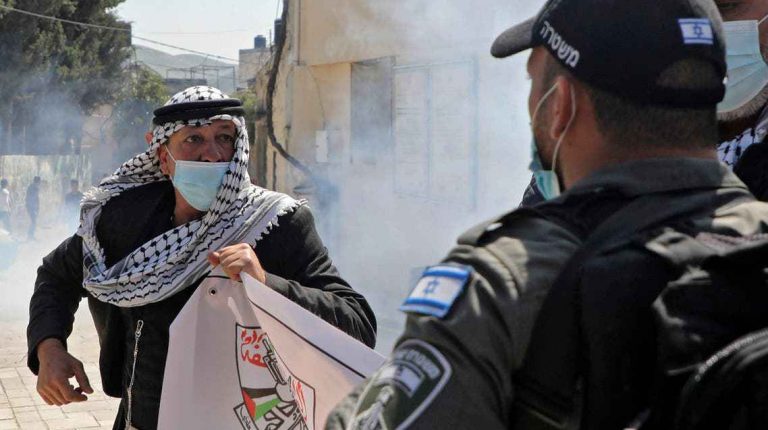 The Arab League has warned against Israel’s continued aggression against Jerusalem and the Al-Aqsa mosque, compromising the legal and historical status of the city and threatening international peace and security.

In a statement on Saturday, the Arab League affirmed, on the occasion of the fifty-second anniversary of the Al-Aqsa Mosque fire, “We express our full solidarity with the Palestinian people and strongly support their steadfastness in the occupied city of Jerusalem.”

The Arab League called on the international community to assume its responsibilities towards the occupied city of Jerusalem and to provide international protection for the Palestinian people, and to obligate them to stop these crimes and attacks.

It also called on Israel to cancel all measures that would change the legal and historical status of Jerusalem.

The statement also called for adherence to Security Council resolutions that affirm the illegality of settlement in the Palestinian territories occupied since 1967, including East Jerusalem, and non-recognition of any changes made by Israel on 4 June 1967 lines.

The General Secretariat saluted the Palestinian people and the people of Jerusalem who continue to defend Jerusalem and the Al-Aqsa, defy the occupation and offer martyrs, wounded and prisoners for decades, in defense of their rights and their historical heritage.

Saturday, August 21, coincided with the fifty-second anniversary of the crime of burning the blessed Al-Aqsa Mosque in 1969, which was committed by an Israeli terrorist extremist

This comes in the context of the ongoing policy and plans of the occupation targeting the Temple Mount and the Christian and Islamic holy places.