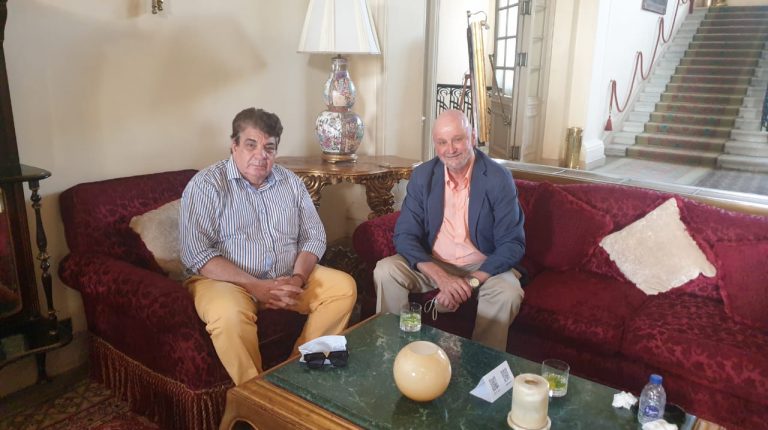 Spain is one of the most important tourism exporters to Egypt, according to Mohamed Osman, head of the Committee for the Promotion of Cultural Tourism in Luxor.

His remarks came during a meeting with Spain’s Ambassador in Cairo, who is currently visiting Luxor, where they discussed ways to enhance bilateral cooperation in cultural tourism.

Osman added that the Spanish tourist is a lover of the Ancient Egyptian civilization, and that Egypt has distinguished relations with Spain, thanking the Spanish ambassador for his country’s support to the Egyptian tourism. He mentioned that Spain was one of the first countries that resumed travel to Egypt after easing the global restrictions related to the coronavirus pandemic.

Osman stressed that continued communication with Spain, especially with its Embassy in Cairo, had contributed to the resumption of the tourism movement, hoping to increase it in the next stage.

Earlier in August, Luxor received its first charter flight from Spain since resumption of travel in July 2020.

International flights at all Egyptian airports were suspended on 19 March 2020 as part of the government efforts to curb the spread of COVID-19.

Inbound flights only resumed on 1 July 2020 to three governorates as part of a first stage, namely Red Sea, South Sinai, and Matrouh. Tourism in Luxor and Aswan resumed early September 2020, with floating hotels allowed to resume work in October 2020.

Osman said that his committee began arranging an agenda of events to attract tourists to Egyptian tourist destinations, especially cultural tourism, pointing out that the committee is currently discussing a plan for an “Arts Bridge”.

He explained that the Arts Bridge project will be an opportunity to invite artists from various markets exporting tourism to Egypt to create artworks inspired by the Ancient Egyptian civilization.

French-Egyptian Business Forum to be held in November at SCZone: Business France