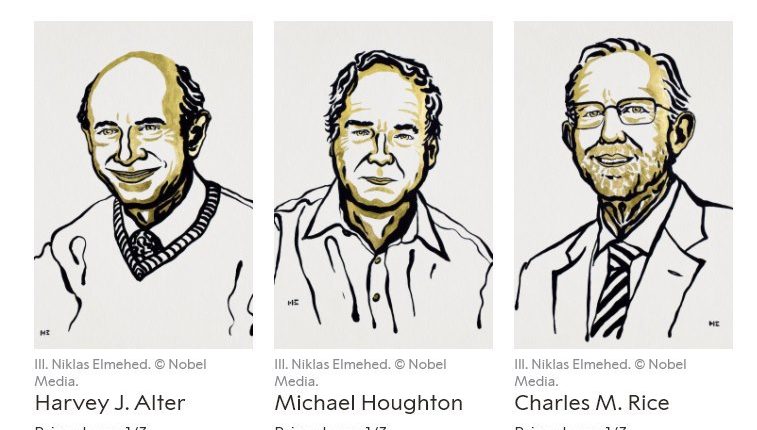 The 2020 Nobel Prize in Physiology or Medicine has been jointly awarded to one British and two US scientists for their discovery of the Hepatitis C virus.

The three virologists’ discovery of and work on the virus paved the way for the rapid development of antiviral drugs that have treated millions of cases of the serious disease.

The three Nobel laureates have been named as Harvey J. Alter from the US National Institutes of Health in Bethesda, Michael Houghton of the University of Alberta in Canada, and Charles M. Rice at Rockefeller University in New York City.

The Nobel Assembly at the Karolinska Institute announced its decision on Monday, adding that the virologists were selected for their contribution to the fight against blood-borne hepatitis. Hepatitis C is a cause of many critical health problems, including cirrhosis and liver cancer.

Scientists had previously identified the Hepatitis A and B viruses, a significant breakthrough on the road to treating such cases. Despite this important work, the majority of blood-borne hepatitis cases remained unexplained.

About 71 million people worldwide are chronically infected with the Hepatitis C virus, according to the World Health Organization (WHO). Nearly 400,000 people die every year mostly from cirrhosis and liver cancer caused by the virus.

The 2020 laureates’ discovery of the Hepatitis C virus led to a greater understanding of the main reasons behind chronic hepatitis, whilst also making blood tests and new medicines possible that have saved millions of lives.

“The Nobel Laureates’ discovery of the Hepatitis C virus is a landmark achievement in the ongoing battle against viral diseases,” the committee said in a press statement announcing the winners.