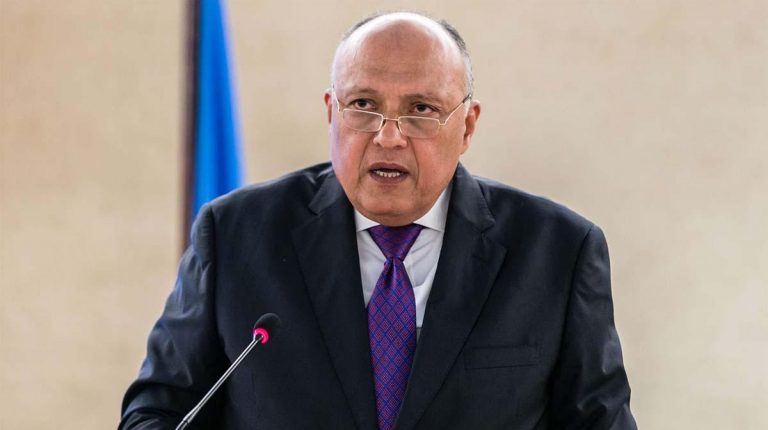 Egypt’s Minister of Foreign Affairs Sameh Shoukry held a telephone meeting, on Sunday, with the United Nations Special Envoy for Syria, Geir Otto Pedersen, to discuss the latest updates regarding the Syrian conflict.

The conversation, which touched on ways to advance the political settlement to the ongoing Syrian crisis, allowed Pedersen to brief Shoukry on the results of his interactions with the various parties related to the issue.

He also expressed appreciation for Cairo’s balanced and supportive role in the resolution efforts, and his keenness to maintain continuous coordination with Egypt in this regard.

In a statement by Ministry of Foreign Affairs Spokesperson Ahmed Hafez, Shoukry highlighted Egypt’s position in support of resolving the Syrian crisis. He added that it should be carried out in a way that preserves the unity of the country and the independence of its national decision.

Hafez also said that the Egyptian stance towards the Syrian issue is based on Cairo’s communications with the moderate Syrian opposition.

Shoukry said that there is a need to decisively confront terrorist and extremist organisations and their regional supporters.

Both officials emphasised that efforts should be made to support the political process in its various tracks. They also hoped that the political process would make progress in the next phase, and that this would include positive developments in the work of the Constitutional Committee. It is hoped that this will lead to the implementation of the UN Security Council Resolution 2254.