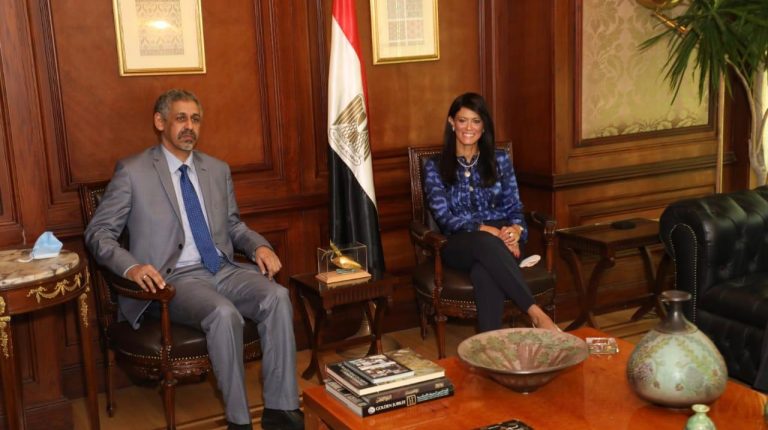 The two sides focused on medical exports to the African market, and increasing technical support directed to the private sector in order to strengthen Egyptian-African relations.

The Minister, who is also Egypt’s representative at BADEA, explained that the meeting discussed ways to revitalise Egyptian exports to the African market, with a focus on the medical exports. This comes in light of the Egyptian government’s support to encourage local production.

The meeting also dealt with ways to deepen cooperation between the bank and the private sector through technical support, whilst also providing credit lines to local banks to provide commodity export operations financing.

Minister Al-Mashat stated that, through its cooperation with BADEA, Egypt aims to consolidate its strategic bilateral relations with African countries. This comes as part of Egyptian President Abdel Fattah Al-Sisi’s interest in developing Egyptian-African relations, especially with countries of the Nile Basin.

This comes in addition to developing Egyptian industrial exports to African countries through providing credit lines, and supporting the country’s investments across the continent. Additionally, Egypt is looking to expand the number of its companies and experts that benefit from the bank’s financing for technical support operations across the continent.

For his part, Tah stated that the bank plays a vital role in supporting economic, financial and technical cooperation between Africa and the Arab region.

He explained that the BADEA has created a new goal for its activities by developing Arab exports to African countries, and in particular supporting the presence of Egyptian manufactured pharmaceutical products in the continent.

He referred to the bank’s role in providing support for studies and research offices as part of development projects in African countries and supporting private sector projects on the continent. This comes as part of the framework for the Africa 2063 sustainable development plan.

Tah mentioned that during 2017, the bank provided a $50m credit line to Banque Misr, to support Egyptian exports entering the African market. The financing covered, in particular, medicines, fertilisers, foodstuffs, electrical equipment, and manufactured petroleum materials. The bank also provided a credit line to the Burundian government, worth $10m, during 2019 to import Egyptian medicines.