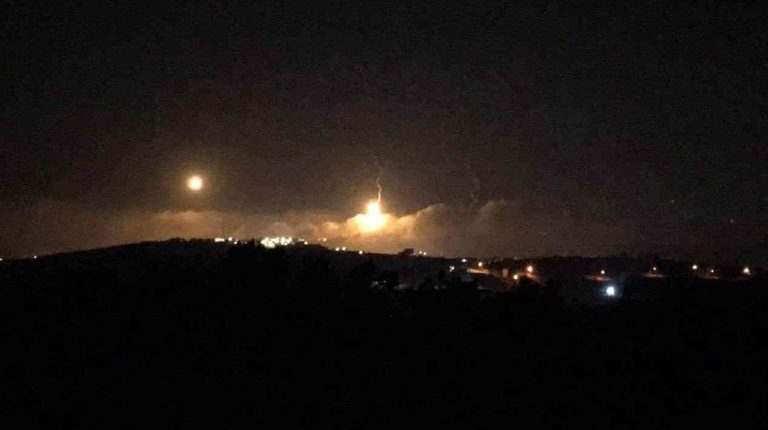 Israeli forces have launched airstrikes against Hezbollah observation posts in Lebanon, hours after border clashes between the two sides.

Writing on Twitter on Wednesday, the Israeli forces said that “during operational activity in northern Israel last night, shots were fired from Lebanon toward Israeli troops.”

“We responded with fire, and our aircraft struck Hezbollah observation posts near the border,” the statement added. “This is a severe event, and we remain ready to combat any threat to our borders.”

Although no Israeli casualties were reported, the Israeli army did further explain that its troops had deployed dozens of illumination rounds and smoke shells whilst also responding with fire. This came in addition to targeted observation posts belonging to Hezbollah in the border area being struck via attack helicopters and aircraft missiles.

Israeli Prime Minister Benjamin Netanyahu announced that his country is following “with great concern” the latest escalation on the Lebanese borders. He threatened a strong response against any further attacks.

“We will not tolerate any aggression against our citizens and will respond forcefully to any attack against us,” Netanyahu tweeted.

He added, “I advise Hezbollah not to test the strength of Israel. Hezbollah is once again endangering Lebanon because of its aggression.”

The Israeli forces had earlier said that a “security incident” was unfolding in the vicinity of Manara, a residential cluster near the UN-demarcated border between Israel and Lebanon. It also urged residents in the area to take shelter, whilst pointing out that due to the security incident a number of roads were closed in the area.

Meanwhile, Lebanon’s National News Agency (NNA) reported Israeli gunfire and flares in the Mays Al-Jabal area across the border from Manara. It added that over 20 incendiary phosphorus shells were launched targeting the area, which led to fires.

The reports also said that a fire broke out in the vicinity of a United Nations Interim Force in Lebanon (UNIFIL) site inside Lebanese territories, caused by the incendiary shells.

The border clashes came only hours after Lebanon rejected an Israeli call to reform the UN peacekeeping force which patrols the border, ahead of a UN Security Council vote to renew its mandate.

No red lines in defending Lebanon against any Israeli aggression: Nasrallah