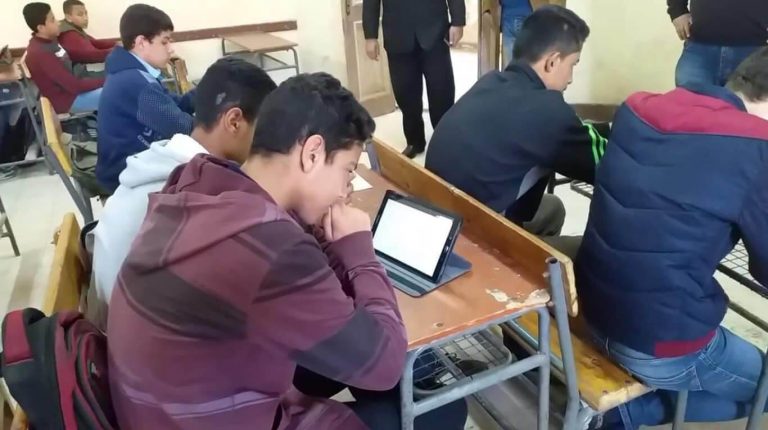 Phone manufacturers are expecting a considerable rise in tablet and smartphone sales as schools return for the new academic year.

The significant rise in sales of these goods is anticipated, after a slow performance during the first half (H1) of 2020 due to the novel coronavirus (COVID-19) pandemic.

The Ministry of Education and Technical Education intends to rely extensively on technologies in the upcoming academic year, to ensure that educational institutions maintain state-implemented precautionary measures. This is set to have a knock-on effect on tablet and smartphone sales, which are projected to see nationwide growth as students across Egypt look to maintain their studies.

Moussa Georgy, Director of Brand and Public Relations at Samsung Egypt, said that Samsung is continuing its cooperation with the Ministry of Education, for the third year in a row, to supply schools with tablets.

Georgy added that the return of schools marks an important season for increasing sales of electronic devices, especially tablets. This year will see even greater demand on technologies that can be used for studies, given the greater reliance on distance learning due to social distancing measures.

He said that Samsung has a large list of tablets, ranging from EGP 2,900 up to EGP 7,000, to suit different social segments and needs.

Georgy explained that a wide base of schools have turned to digitising their education outputs, and have begun to prepare themselves for this. The schools have either asked parents to purchase specific tablets, or have handed devices over to students as part of the toolkit for the new academic year.

Moreover, Mahmoud Taha, Marketing Director at Realme for Smartphones, said that the start of the academic year has always been a high season in sales of smartphones and other electronic devices.

This comes particularly as the Egyptian government has shifted towards a greater reliance on technology in various aspects of life, as part of its “Digital Egypt” initiative. A significant part of this digital transformation has seen a greater shift towards online learning for a large part of the upcoming academic year.

He added that Realme has launched a range of discounts on a wide variety of its products, to take advantage of the new academic year and drive sales.

A source at Chinese technology firm, Huawei, said that the company has prepared offers and marketing campaigns for the return of schools. These include a range of discounts on a number of tablets and personal computers.

The source added that the company is also putting in place a system allowing customers to pay in instalments through its branches, in cooperation with a number of banks. They also revealed that Huawei had launched the latest series of Mate Pad tablets, which are especially suitable for university students.

Bassem Megahed, head of Raya Trading and Distribution Company, a Raya Holding for Financial Investments subsidiary, said that an agreement is underway with a number of banks operating in Egypt to provide credit payment facilities on electronic devices.

He noted that the market is expected to witness a movement in sales due to students returning to school, and the increased interest among parents in providing technological tools for students.

This shift in learning habits is aimed at facilitating their academic achievement, especially since education this year will be a combination of both online and traditional forms of learning.