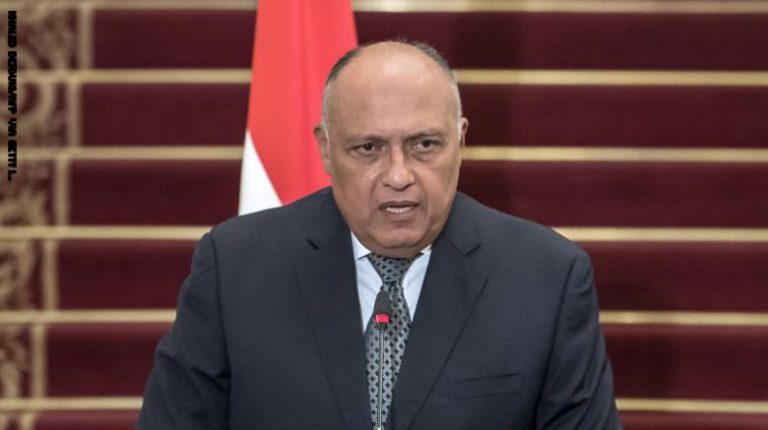 Egypt’s Foreign Minister Sameh Shoukry discussed over the phone with his Spanish counterpart Arancha Gonzalez Laya, on Wednesday, the Libya crisis and boosting relations between Egypt and Spain.

The two ministers touched on the overall developments in the regional situation, especially in Libya, according to Ahmed Hafez, Spokesperson for Egypt’s Foreign Ministry.

Shoukry outlined Egypt’s vision regarding a comprehensive and sustainable settlement to the Libyan crisis. He also asserted the need to stick to the Cairo Declaration, and to firmly confront all transfers of terrorists and militants to Libya, while rejecting foreign intervention in the country.

The two ministers also discussed the ongoing Palestinian conflict, whilst asserting the importance of a two-state solution.

On Tuesday, the US condemned all foreign military involvement in Libya, including the use of mercenaries and private military contractors. It said that the Libyans themselves must rebuild a unified country.

With it being clear there was “no winning side”, US President Donald Trump has in recent weeks spoken with several world leaders about Libya, US national security adviser Robert O’Brien said in a statement on Tuesday.

Trump has highlighted the need to de-escalate the situation in Libya during recent discussions with French President Emmanuel Macron, Egyptian President Abdel Fattah Al-Sisi and Crown Prince Mohammed bin Zayed of the UAE, according to White House statements.

He has added that efforts by foreign powers to exploit the conflict posed a grave danger to regional stability and global commerce.

The US president also urged for Libya’s National Oil Corporation to resume its work, with full transparency, and to implement a demilitarised solution for Sirte and Jufra. This would come at the same time as respecting the UN arms embargo, and finalising a ceasefire under UN-led talks.

UN Secretary-General Antonio Guterres has warned that there are “unprecedented levels” of foreign interference and mercenaries in the oil-producing North African country.

“Escalation will only deepen and prolong the conflict,” O’Brien said. “It is clear there is no ‘winning’ side. Libyans can win only if they come together to reclaim their sovereignty and rebuild a unified country.”