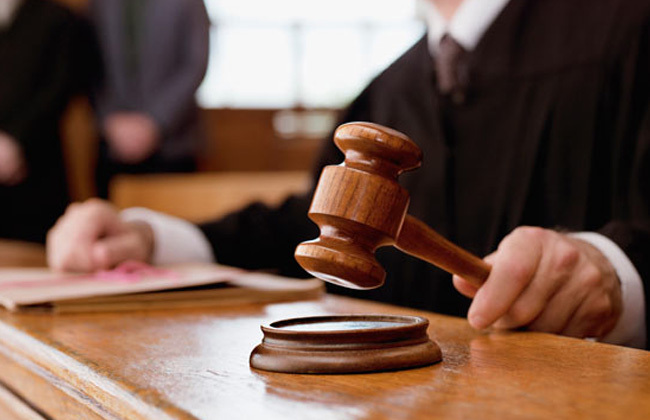 The Cairo Criminal Court sentenced, on Sunday, 13 defendants to life imprisonment, and three others to 15-year imprisonment in the case publicly known as “Nusra Front”.

The court also ruled that the defendants must spend five years on police probation, whilst also designating them as terrorists. It declared the Nusra Front a terrorist group, and fined the defendants a total of EGP 3m.

The State Security Prosecution previously referred 16 defendants to the state security criminal court and ordered the arrest of defendants in the case who have evaded being taken into custody.

The investigations revealed that the “16 defendants formed an extremist group in the period from 2011 to 2014 in Mahalla El-Kubra, Gharbeya Governorate”.

Investigations added that “the defendants formed and led a terrorist group aimed at disrupting the implementation of the Constitution and laws, preventing state institutions and public authorities from  practicing their duties, and assaulting personal freedom of citizens as well as public rights and freedoms guaranteed by the Egyptian law”,

Also found as part of the investigations were that “the defendants were plotting to assassinate the US ambassador to Egypt at that time, during her regular visits to the Mulid of Al-Sayed Al-Badawi in Tanta, but they were arrested before carrying out their plot.”

Last week, the Cairo Criminal Court handed down death sentences to three defendants over the failed assassination of Alexandria’s Chief of the Security Directorate Mostafa Al-Nemr in March 2018. A further eight defendants were sentenced to life imprisonment as part of the case.