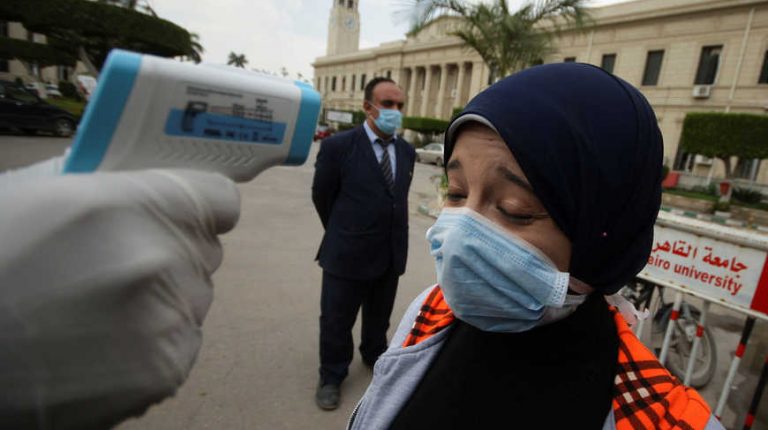 Baseera – The Egyptian Center for Public Opinion Research announced on Tuesday that it estimates about 616,000 Egyptians over the age of 18  have been infected with the novel coronavirus (COVID-19).

The figures, based on estimates on the back of a phone survey conducted by the centre, work out at about 10.1 per 1,000 of Egypt’s population.

On Monday, Egypt reported 1,576 new coronavirus cases, and 85 new deaths. The country’s total number of confirmed cases reached 56,809 cases, with 2,278 fatalities. A total of 15,133 cases have recovered and been discharged from quarantine facilities at hospitals.

Baseera’s figures were gauged via a phone survey conducted on 3,017 citizens aged 18 and above, to estimate the numbers of coronavirus infections in Egypt. The results were published on the centre’s official website on Monday.

The centre said that these results were reliant on the responses of those interviewed. The survey’s results indicate that 12% of the coronavirus patients, or 74,000, were admitted to a hospital.

A total of 66% were placed in home isolation, while 39% had continuous follow-up with a doctor. The survey also found that 61% stated they were taking treatment.

The survey reported that a total of 43% of cases had only one symptom of the virus, 18% reported two symptoms, while the rest of the cases reported 3 or more symptoms. The incidence of different symptoms varies.

Around 15% of patients were diagnosed via a smear procedure, 29% through a blood test, 38% conducted chest x-rays, and 23% doctor examination. The remaining 16% of diagnoses were made through the symptoms that were announced by the Ministry of Health.

The survey noted that, in urban settings, the virus spread affects 14 per 1,000 of the population compared to 8 per 1,000 in rural areas.

Baseera noted that the rate of coronavirus infections reported through the survey may be lower than the actual rate, as some patients prefer not to reveal their positive diagnosis. This reluctance to report has been attributed to stigma surrounding even mild symptoms.

Repatriation of Egyptian expats continues as 1,981 return from Kuwait