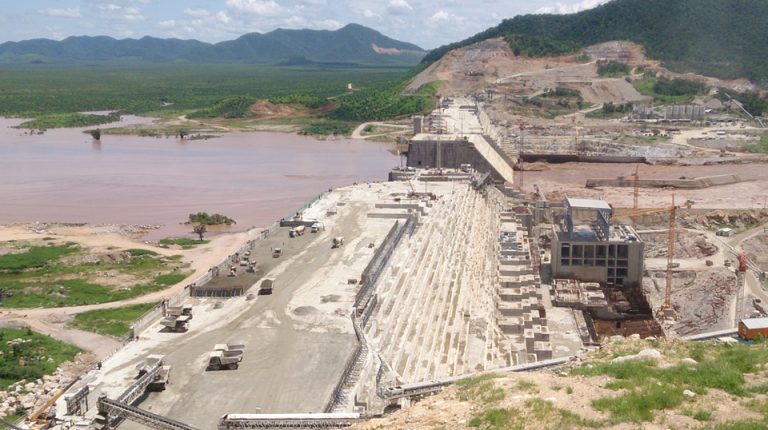 Kuwait renewed its support for Egypt in securing its water rights and national security a few days following a unified Arab position by all Arab countries, except Sudan, to stand with Egypt in its spat with Ethiopia over the Grand Ethiopian Renaissance Dam (GERD).

Sheikh Sabah asserted his country’s support to Egypt in preserving its water rights and security.

Shoukry started an Arab tour that will also include Saudi Arabia, Iraq, Jordan, Oman, Bahrain, and the UAE.

Meanwhile, Egypt expressed sorrow for the Sudanese stance and the Sudanese Ministry of Foreign Affairs’ statement regarding the resolution adopted by the Council of the League of Arab States on GERD.

The Arab League (AL) has adopted on Wednesday a resolution supporting Egypt and Sudan in their negotiations with Ethiopia over the GERD, but Khartoum did not back the resolution and sided with Ethiopia.

Despite timely notification on the resolution, starting from 1 March, and it did not  comment on it, Khartoum did not back the resolution once it was adopted and has requested the AL to remove its name from it, expressing its complete rejection of the decision, said Ahmed Hafez, the spokesperson of Egypt’s Ministry of Foreign Affairs.

Hafez added that the Egyptian delegation to the AL responded to the request and removed Sudan’s name from the decision, but Khartoum proposed some modifications that would eviscerate the core of the resolution, aiming to weaken the impact of the decision.

“The resolution adopted by the Council of the AL included only  solidarity with Egypt’s water rights, and affirmed the rules of international law, as well as a call for signing the prepared agreement [during Washington’s meetings],” he explained.

On Sunday, Shoukry met with the Iraqi President Barham Salih and delivered a letter from President Al-Sisi to his Iraqi counterpart, briefing him on the latest updates on GERD’s issue. For his part, Salih stressed his country’s support for Egypt to secure its water rights.

Also, on Sunday, King Abdullah II bin Al-Hussein of Jordan asserted in a meeting with Shoukry his country’s solidarity with Egypt regarding the GRED crisis, saying that Amman will stand with Egypt to preserve its rights to the Nile River and ensure its water security.

During the meeting, Shoukry conveyed President Al-Sisi’s appreciation for Jordan’s support of Egypt in the AL last week meeting regarding the GERD.

Moreover, Egypt’s Supreme Committee for the Nile Water, chaired by Prime Minister Mostafa Madbouly decided on Sunday to remain in a permanent session to address developments on GERD. Minister of Water Resources and Irrigation, and representatives of the Ministries of Defence, and Foreign Affairs, and General Intelligence Service were present in the meeting.

The meeting discussed Egypt’s action plan for securing Egypt’s water interests and water rights in the Nile River, especially after Ethiopia skipped the final meeting for negotiations that was held in Washington at the end of February.

Al-Sisi in Kuwait to offer condolences on Emir Sabah

Ethiopia has not sent Egypt latest designs for GERD: Minister of Irrigation

Jordan stands with Egypt to preserve its water security